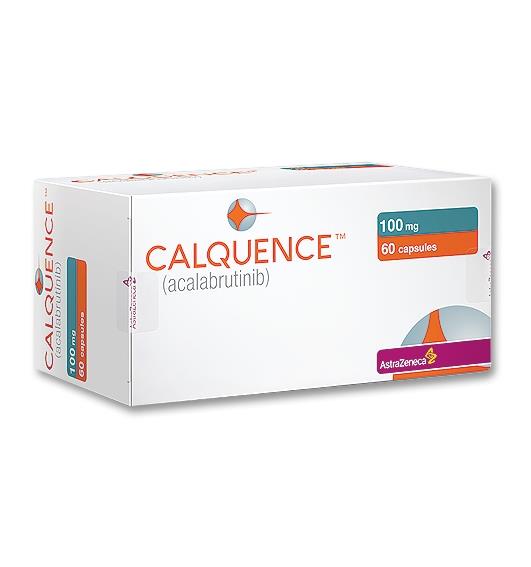 Concise Prescribing Info Full Prescribing Info Contents Description Action Indications/Uses Dosage/Direction for Use Contraindications Special Precautions Use In Pregnancy & Lactation Adverse Reactions Drug Interactions Storage Patient Counseling Information MIMS Class ATC Classification Regulatory Classification Presentation/Packing
Full Prescribing Info
Action
Pharmacology: Mechanism of Action: Acalabrutinib is a small-molecule inhibitor of BTK. Acalabrutinib and its active metabolite, ACP-5862, form a covalent bond with a cysteine residue in the BTK active site, leading to inhibition of BTK enzymatic activity. BTK is a signaling molecule of the B cell antigen receptor (BCR) and cytokine receptor pathways. In B cells, BTK signaling results in activation of pathways necessary for B-cell proliferation, trafficking, chemotaxis, and adhesion. In nonclinical studies, acalabrutinib inhibited BTK-mediated activation of downstream signaling proteins CD86 and CD69 and inhibited malignant B-cell proliferation and tumor growth in mouse xenograft models.
Pharmacodynamics: In patients with B-cell malignancies dosed with 100 mg approximately every 12 hours, median steady state BTK occupancy of ≥ 95% in peripheral blood was maintained over 12 hours, resulting in inactivation of BTK throughout the recommended dosing interval.
Cardiac Electrophysiology: The effect of acalabrutinib on the QTc interval was evaluated in a randomized, double-blind, double-dummy, placebo- and positive-controlled, 4-way crossover thorough QTc study in 48 healthy adult subjects. Administration of a single dose of acalabrutinib that is the 4-fold maximum recommended single dose did not prolong the QTc interval to any clinically relevant extent (i.e., ≥ 10 ms).
Clinical Studies: Mantle Cell Lymphoma: The efficacy of CALQUENCE was based upon Trial LY-004 titled "An Open-label, Phase 2 Study of ACP-196 in Subjects with Mantle Cell Lymphoma" (NCT02213926). Trial LY-004 enrolled a total of 124 patients with MCL who had received at least one prior therapy.
The median age was 68 (range 42 to 90) years, 80% were male, and 74% were Caucasian. At baseline, 93% of patients had an ECOG performance status of 0 or 1. The median time since diagnosis was 46.3 months and the median number of prior treatments was 2 (range 1 to 5), including 18% with prior stem cell transplant. Patients who received prior treatment with BTK inhibitors were excluded. The most common prior regimens were CHOP-based (52%) and ARA-C (34%). At baseline, 37% of patients had at least one tumor with a longest diameter ≥ 5 cm, 73% had extra nodal involvement including 51% with bone marrow involvement. The simplified MIPI score (which includes age, ECOG score, and baseline lactate dehydrogenase and white cell count) was intermediate in 44% and high in 17% of patients.
CALQUENCE was administered orally at 100 mg approximately every 12 hours until disease progression or unacceptable toxicity. The median dose intensity was 98.5%. The major efficacy outcome of Trial LY-004 was overall response rate and the median follow-up was 15.2 months. (See Table 1.)