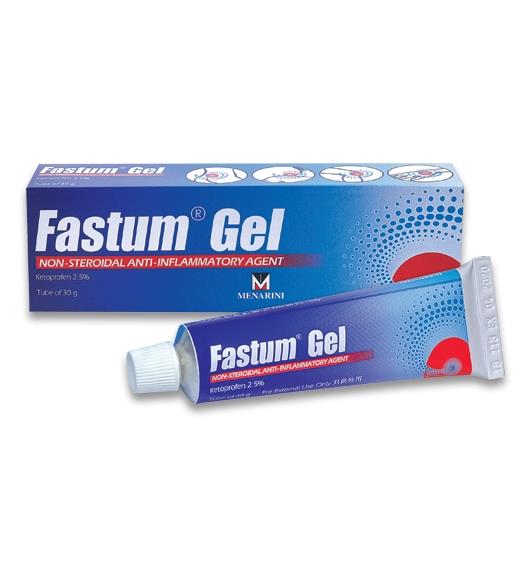 Concise Prescribing Info Full Prescribing Info Contents Description Action Indications/Uses Dosage/Direction for Use Overdosage Contraindications Warnings Special Precautions Use In Pregnancy & Lactation Adverse Reactions Drug Interactions Storage MIMS Class ATC Classification Regulatory Classification Presentation/Packing
Full Prescribing Info
Adverse Reactions
As for other medicaments for topical use, skin reactions may occur. Localised skin reactions have been reported which might subsequently spread beyond the area of application and in isolated cases be severe and generalised.
The frequency and extent of these effects are seen to be considerably reduced if exposure to sunlight, including the solarium, is avoided during treatment and for 2 weeks afterwards.
Other systemic effects of anti-inflammatory drugs depend on the transdermic spreading of the active ingredient and hence on the amount of gel applied, on the surface involved, on the degree of intactness of the skin, on the duration of the treatment and on the use of occlusive bandaging (digestive and renal effects).
Since marketing, the following adverse reactions have been reported. They have been listed according to classes or organ and systems and classified according to their frequency and the following classification: very common (equal to or above 10%); common (ranging between 1% and 10 %), not common (ranging between 0.1% and 1%), rare (ranging between 0.01% and 0.1%); very rare (below 0.01%), including isolated reports. (See table.)