Keytruda Use In Pregnancy & Lactation 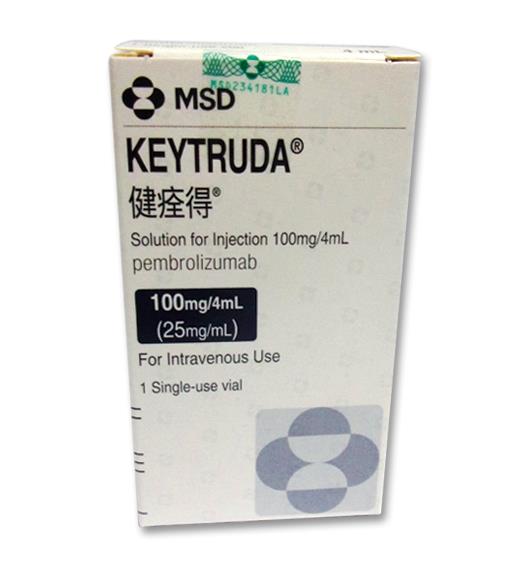 NEW Brand Resources
Concise Prescribing Info Full Prescribing Info Contents Description Action Indications/Uses Dosage/Direction for Use Contraindications Special Precautions Use In Pregnancy & Lactation Adverse Reactions Caution For Usage Storage Patient Counseling Information MIMS Class ATC Classification Regulatory Classification Presentation/Packing Brand Resources
Full Prescribing Info
Use In Pregnancy & Lactation
Pregnancy: Risk Summary: Based on its mechanism of action, KEYTRUDA can cause fetal harm when administered to a pregnant woman. There are no available human data informing the risk of embryo-fetal toxicity. In animal models, the PD-1/PD-L1 signaling pathway is important in the maintenance of pregnancy through induction of maternal immune tolerance to fetal tissue (see Data as follows). Human IgG4 (immunoglobulins) are known to cross the placenta; therefore, pembrolizumab has the potential to be transmitted from the mother to the developing fetus. Advise pregnant women of the potential risk to a fetus.
In the U.S. general population, the estimated background risk of major birth defects and miscarriage in clinically recognized pregnancies is 2-4% and 15-20%, respectively.
Data: Animal Data: Animal reproduction studies have not been conducted with KEYTRUDA to evaluate its effect on reproduction and fetal development. A literature-based assessment of the effects of the PD-1 pathway on reproduction demonstrated that a central function of the PD-1/PD-L1 pathway is to preserve pregnancy by maintaining maternal immune tolerance to the fetus. Blockade of PD-L1 signaling has been shown in murine models of pregnancy to disrupt tolerance to the fetus and to result in an increase in fetal loss; therefore, potential risks of administering KEYTRUDA during pregnancy include increased rates of abortion or stillbirth. As reported in the literature, there were no malformations related to the blockade of PD-1 signaling in the offspring of these animals; however, immune-mediated disorders occurred in PD-1 knockout mice. Based on its mechanism of action, fetal exposure to pembrolizumab may increase the risk of developing immune-mediated disorders or of altering the normal immune response.
Lactation: Risk Summary: There are no data on the presence of pembrolizumab in either animal or human milk or its effects on the breastfed child or on milk production. Because of the potential for serious adverse reactions in breastfed children, advise women not to breastfeed during treatment with KEYTRUDA and for 4 months after the final dose.
Females and Males of Reproductive Potential: Pregnancy Testing: Verify pregnancy status in females of reproductive potential prior to initiating KEYTRUDA [see Pregnancy as previously mentioned].
Contraception: KEYTRUDA can cause fetal harm when administered to a pregnant woman [see Pregnancy as previously mentioned; Embryo-Fetal Toxicity under Precautions]. Advise females of reproductive potential to use effective contraception during treatment with KEYTRUDA and for at least 4 months following the final dose.