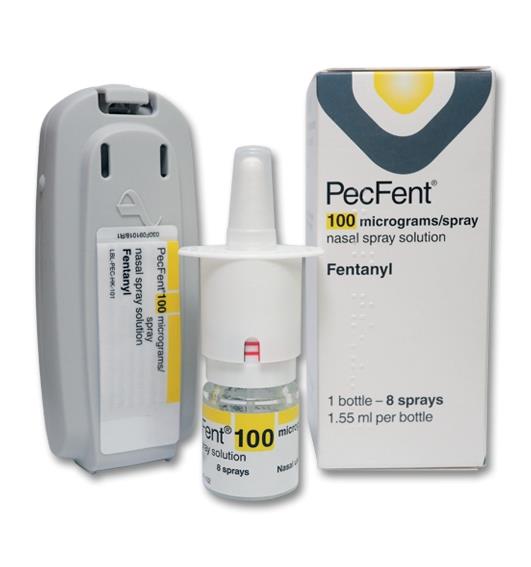 NEW Brand Resources
Concise Prescribing Info Full Prescribing Info Contents Description Action Indications/Uses Dosage/Direction for Use Overdosage Contraindications Special Precautions Use In Pregnancy & Lactation Adverse Reactions Drug Interactions Caution For Usage Storage Patient Counseling Information MIMS Class ATC Classification Regulatory Classification Presentation/Packing Brand Resources
Full Prescribing Info
Overdosage
The symptoms of fentanyl overdose via the nasal route are expected to be similar in nature to those of intravenous fentanyl and other opioids, and are an extension of its pharmacological actions, with the most serious significant effect being respiratory depression.
Immediate management of opioid overdose includes ensuring a patent airway, physical and verbal stimulation of the patient, assessment of the level of consciousness, ventilatory and circulatory status, and assisted ventilation (ventilatory support) if necessary.
For treatment of overdose (accidental ingestion) in the opioid-naive person, intravenous access should be obtained and naloxone or other opioid antagonists should be employed as clinically indicated. The duration of respiratory depression following overdose may be longer than the effects of the opioid antagonist's action (e.g. the half life of naloxone ranges from 30 to 81 minutes) and repeated administration may be necessary. For details about such use the Summary of Product Characteristics of the individual opioid antagonist should be consulted.
For treatment of overdose in opioid-maintained patients, intravenous access should be obtained. The judicious use of naloxone or another opioid antagonist may be warranted in some instances, but it is associated with the risk of precipitating an acute withdrawal syndrome.
It should be noted that although statistically significant increases in Cmax levels were seen following a second dose of PecFent given either one or two hours after the initial dose, this increase is not considered to be large enough to suggest that clinically concerning accumulation of over-exposure would occur, providing a wide safety margin for the recommended dose interval of four hours.
Although muscle rigidity interfering with respiration has not been seen following the use of PecFent, this is possible with fentanyl and other opioids. If it occurs, it should be managed by the use of assisted ventilation, by an opioid antagonist, and as a final alternative, by a neuromuscular blocking agent.