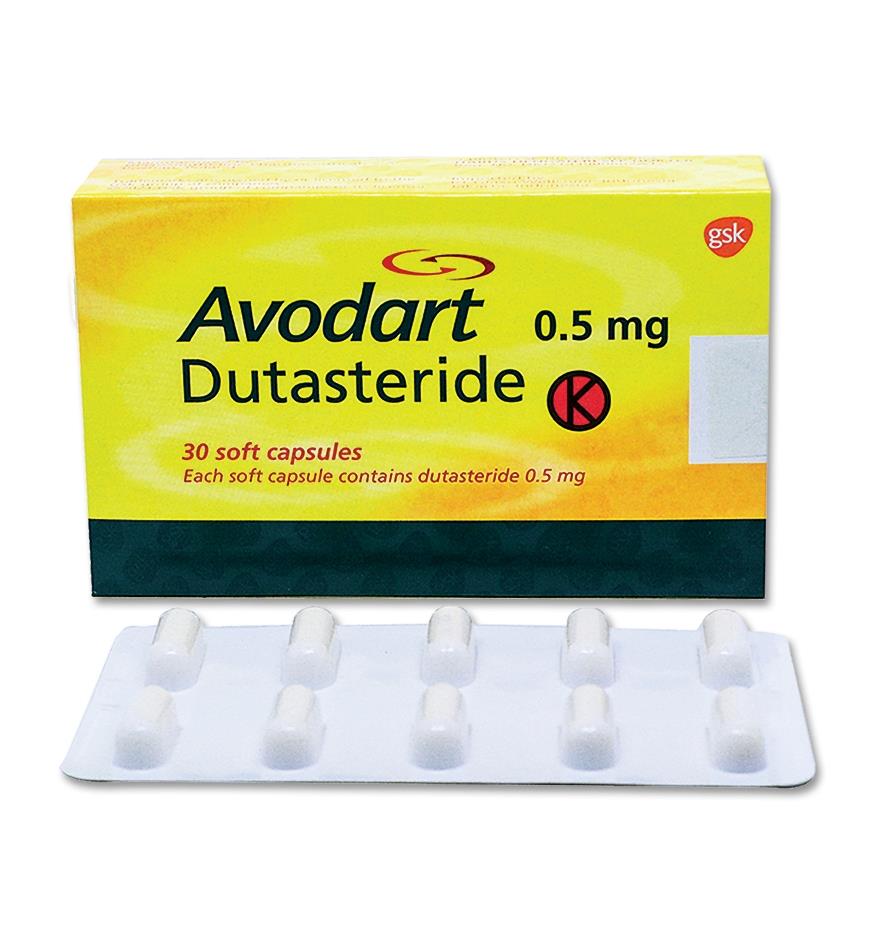 Concise Prescribing Info Bahasa Concise Prescribing Info Full Prescribing Info Contents Description Action Indications/Uses Dosage/Direction for Use Overdosage Contraindications Special Precautions Use In Pregnancy & Lactation Adverse Reactions Drug Interactions Caution For Usage Storage MIMS Class ATC Classification Regulatory Classification Presentation/Packing
Full Prescribing Info
Drug Interactions
For information on the decreased serum PSA levels during treatment with dutasteride and guidance concerning prostate cancer detection see Precautions.
Effects of Other Drugs on the Pharmacokinetics of Dutasteride: Use Together with CYP3A4 and/or P-Glycoprotein-Inhibitors: Dutasteride is mainly eliminated via metabolism. In vitro studies indicate that this metabolism is catalysed by CYP3A4 and CYP3A5. No formal interaction studies have been performed with potent CYP3A4 inhibitors. However, in a population pharmacokinetic study, dutasteride serum concentration were on average 1.6-1.8 times greater, respectively, in a small number of patients treated concurrently with verapamil or diltiazem (moderate inhibitors of CYP3A4 and inhibitors of P-glycoprotein) than in other patients.
Long-term combination of dutasteride with drugs that are potent inhibitors of the enzyme CYP3A4 (eg, ritonavir, indinavir, nefazodone, itraconazole, ketoconazole administered orally) may increase serum concentrations of dutasteride. Further inhibition of 5α-reductase at increased dutasteride exposure, is not likely. However, a reduction of the dutasteride dosing frequency can be considered if side effects are noted. It should be noted that in the case of enzyme inhibition, the long t½ may be further prolonged and it can take >6 months of concurrent therapy before a new steady-state is reached.
Administration of cholestyramine 12 g 1 hr before a 5 mg single-dose of dutasteride did not affect the pharmacokinetics of dutasteride.
Effects of Dutasteride on the Pharmacokinetics of Other Drugs: Dutasteride has no effect on the pharmacokinetics of warfarin or digoxin. This indicates that dutasteride does not inhibit/induce CYP2C9 or the transporter P-glycoprotein. In vitro interaction studies indicate that dutasteride does not inhibit the enzyme CYP1A2, CYP2D6, CYP2C9, CYP2C19 or CYP3A4.
In a small study (N=24) of 2 weeks duration in healthy men, dutasteride (0.5 mg daily) had no effect on the pharmacokinetics of tamsulosin or terazosin. There was also no indication of a pharmacodynamic interaction in this study.