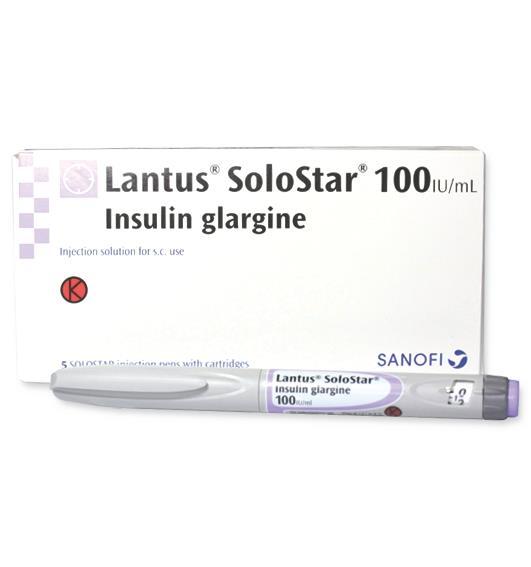 
The longer duration of action of insulin glargine is directly related to its slower rate of absorption and supports once daily administration. The time course of action of insulin and insulin analogues such as insulin glargine may vary considerably in different individuals or within the same individual.
In a clinical study, symptoms of hypoglycaemia or counter-regulatory hormone responses were similar after intravenous insulin glargine and human insulin both in healthy volunteers and patients with type 1 diabetes.
Diabetic Retinopathy: Effects of Lantus on diabetic retinopathy were evaluated in a large 5-year NPH­-controlled study in which progression of retinopathy was investigated by fundus photography using a grading protocol derived from the Early Treatment Diabetic Retinopathy Study (ETDRS). The primary outcome in this study was progression by 3 or more steps on the ETDRS scale at study endpoint. The results of this analysis are shown in the table as follows for both the per-protocol (primary) and Intend-to-Treat (ITT) populations, and indicate noninferiority of Lantus to NPH in the progression of diabetic retinopathy as assessed by this outcome. (See table.)