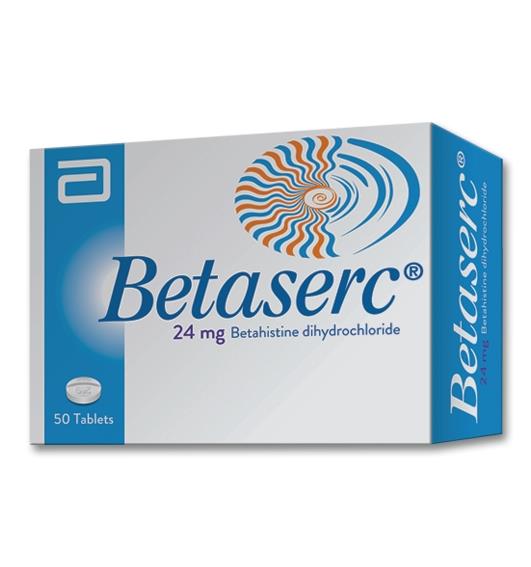 Concise Prescribing Info Full Prescribing Info Contents Action Indications/Uses Dosage/Direction for Use Overdosage Contraindications Special Precautions Use In Pregnancy & Lactation Side Effects Drug Interactions Storage MIMS Class ATC Classification Regulatory Classification Presentation/Packing
The information highlighted (if any) are the most recent updates for this brand.
Full Prescribing Info
Action
Pharmacology: The mechanism of action of betahistine is not known. Pharmacologic testing in animals has shown that the blood circulation in the striae vascularis of the inner ear improves, probably by means of a relaxation of the precapillary sphincters of the microcirculation of the inner ear.
In pharmacological studies, betahistine was found to have weak H1-receptor agonistic and considerable H3-antagonistic properties in the CNS and autonomic nervous system. Betahistine was also found to have a dose-dependent inhibiting effect on spike generation of neurons in lateral and medial vestibular nuclei. The importance of these observations in the action against Meniere's syndrome or vestibular vertigo however, remains unclear.
Pharmacokinetics: Betahistine is completely absorbed after oral administration. Only 1 metabolite, 2-pyridylacetic acid, which is excreted in the urine, is known.