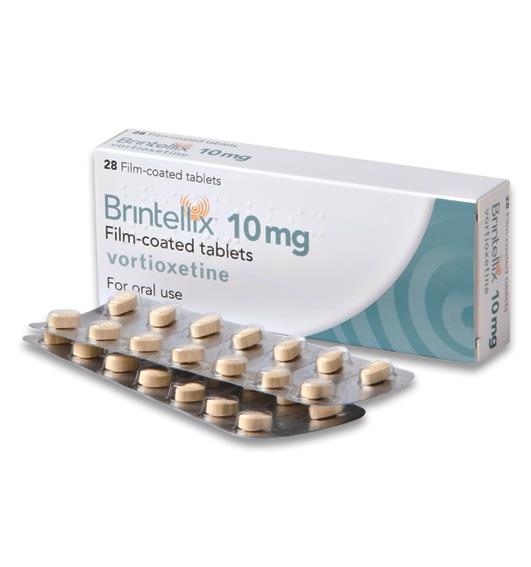 Concise Prescribing Info Full Prescribing Info Contents Description Action Indications/Uses Dosage/Direction for Use Overdosage Contraindications Special Precautions Use In Pregnancy & Lactation Adverse Reactions Drug Interactions Caution For Usage Storage MIMS Class ATC Classification Regulatory Classification Presentation/Packing
Full Prescribing Info
Special Precautions
Suicide/suicidal thoughts or clinical worsening: Depression is associated with an increased risk of suicidal thoughts, self-harm and suicide (suicide related events). This risk persists until significant remission occurs. As improvement may not occur during the first few weeks or more of treatment, patients should be closely monitored until such improvement occurs. It is general clinical experience that the risk of suicide may increase in the early stages of recovery.
Patients with a history of suicide-related events or those exhibiting a significant degree of suicidal ideation prior to commencement of treatment are known to be at greater risk of suicidal thoughts or suicide attempts, and should receive careful monitoring during treatment. A meta-analysis of placebo controlled clinical trials of antidepressants in adult patients with psychiatric disorders showed an increased risk of suicidal behaviour with antidepressants compared to placebo, in patients less than 25 years old.
Close supervision of patients and in particular those at high risk should accompany treatment especially in early treatment and following dose changes. Patients (and caregivers of patients) should be alerted to the need to monitor for any clinical worsening, suicidal behaviour or thoughts and unusual changes in behaviour and to seek medical advice immediately if these symptoms present.
Seizures: Seizures are a potential risk with antidepressants. Therefore, Brintellix should be introduced cautiously in patients who have a history of seizures or in patients with unstable epilepsy (see Interactions). Treatment should be discontinued in any patient who develops seizures or for whom there is an increase in seizure frequency.
Serotonin Syndrome or Neuroleptic Malignant Syndrome (NMS): Serotonin Syndrome (SS) or Neuroleptic Malignant Syndrome (NMS), potentially lifethreatening conditions, may occur with Brintellix. The risk of SS or NMS is increased with concomitant use of serotonergic active substances (including triptans), medicinal products that impair the metabolism of serotonin (including MAOIs), antipsychotics, and other dopamine antagonists. Patients should be monitored for the emergence of signs and symptoms of SS or NMS (see Contraindications and Interactions).
Serotonin Syndrome symptoms include mental status changes (e.g. agitation, hallucinations, coma), autonomic instability (e.g. tachycardia, labile blood pressure, hyperthermia), neuromuscular aberrations (e.g. hyperreflexia, uncoordination) and/or gastrointestinal symptoms (e.g. nausea, vomiting, diarrhoea). If this occurs, treatment with Brintellix should be discontinued immediately and symptomatic treatment should be initiated.
Mania/hypomania: Brintellix should be used with caution in patients with a history of mania/hypomania and should be discontinued in any patient entering a manic phase.
Haemorrhage: Bleeding abnormalities, such as ecchymoses, purpura and other haemorrhagic events, such as gastrointestinal or gynaecological bleeding, have been reported rarely with the use of antidepressants with serotonergic effect, including vortioxetine. Caution is advised in patients taking anticoagulants and/or medicinal products known to affect platelet function [e.g., atypical antipsychotics and phenothiazines, most tricyclic antidepressants, nonsteroidal anti-inflammatory drugs (NSAIDs), acetylsalicylic acid (ASA)] (see Interactions) and in patients with known bleeding tendencies/disorders.
Hyponatraemia: Hyponatraemia, probably due to inappropriate antidiuretic hormone secretion (SIADH), has been reported rarely with the use of antidepressants with serotonergic effect (SSRIs, SNRIs). Caution should be exercised in patients at risk, such as the elderly, patients with cirrhosis of the liver or patients concomitantly treated with medications known to cause hyponatraemia.
Discontinuation of Brintellix should be considered in patients with symptomatic hyponatraemia and appropriate medical intervention should be instituted.
Effects on ability to drive and use machines: Brintellix has no or negligible influence on the ability to drive and use machines. However, as adverse reactions such as dizziness have been reported, patients should exercise caution when driving or operating hazardous machinery, especially when starting treatments with vortioxetine or when changing dose.
Renal impairment: Limited data is available for patients with severe renal impairment. Caution should therefore be exercised (see Pharmacology: Pharmacokinetics under Actions).
Hepatic impairment: Vortioxetine has not been studied in patients with severe hepatic impairment and caution should be exercised when treating these patients (see Pharmacology: Pharmacokinetics under Actions).
Use in Children: Brintellix is not recommended for the treatment of depression in patients aged less than 18 years since the safety and efficacy of vortioxetine have not been established in this age group (see Dosage & Administration). In clinical studies in children and adolescents treated with other antidepressants, suicide-related behaviour (suicide attempt and suicidal thoughts) and hostility (predominantly aggression, oppositional behaviour, anger) were more frequently observed than in those treated with placebo.
Use in Elderly: Data on the use of Brintellix in elderly patients with major depressive episodes are limited. Therefore, caution should be exercised when treating patients ≥ 65 years of age with doses higher than 10 mg vortioxetine once daily (see Adverse Reactions and Pharmacology: Pharmacokinetics under Actions).