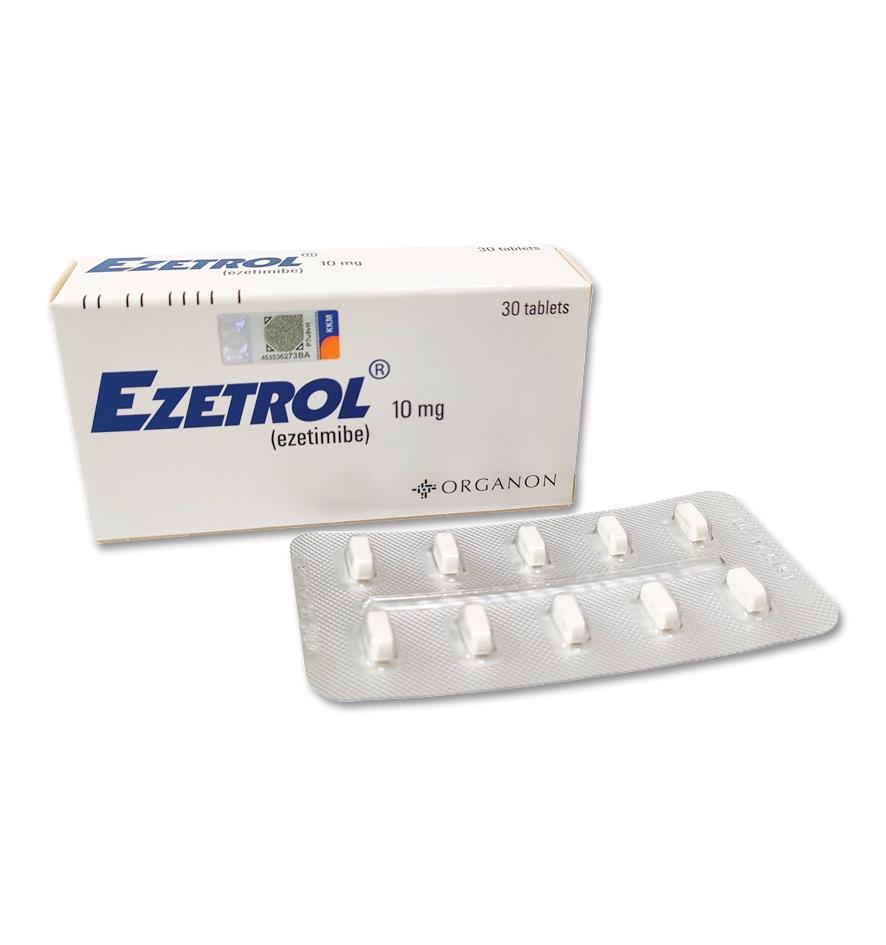 Concise Prescribing Info Full Prescribing Info Contents Action Indications/Uses Dosage/Direction for Use Overdosage Contraindications Special Precautions Use In Pregnancy & Lactation Side Effects Drug Interactions Storage MIMS Class ATC Classification Regulatory Classification Presentation/Packing
Full Prescribing Info
Drug Interactions
In preclinical studies, it has been shown that ezetimibe does not induce cytochrome P-450 drug metabolizing enzymes. No clinically significant pharmacokinetic interactions have been observed between ezetimibe and drugs known to be metabolized by cytochromes P-450 1A2, 2D6, 2C8, 2C9, and 3A4, or N-acetyltransferase.
Ezetimibe had no effect on the pharmacokinetics of dapsone, dextromethorphan, digoxin, oral contraceptives (ethinyl estradiol and levonorgestrel), glipizide, tolbutamide, midazolam, or warfarin during co-administration. Cimetidine, co-administered with ezetimibe, had no effect on the bioavailability of ezetimibe.
Antacids: Concomitant antacid administration decreased the rate of absorption of ezetimibe but had no effect on the bioavailability of ezetimibe. This decreased rate of absorption is not considered clinically significant.
Cholestyramine: Concomitant cholestyramine administration decreased the mean AUC of total ezetimibe (ezetimibe + ezetimibe glucuronide) approximately 55%. The incremental LDL-C reduction due to adding ezetimibe to cholestyramine may be lessened by this interaction.
Cyclosporine: In a study of 8 postrenal transplant patients with creatinine clearance of >50 mL/min on a stable dose of cyclosporine, a single 10-mg dose of ezetimibe resulted in a 3.4-fold (range 2.3- to 7.9-fold) increase in the mean AUC for total ezetimibe compared to a healthy control population from another study (n=17). In a different study, a renal transplant patient with severe renal insufficiency (creatinine clearance of 13.2 mL/min/1.73 m2) who was receiving multiple medications, including cyclosporine, demonstrated a 12-fold greater exposure to total ezetimibe compared to concurrent controls.
Fibrates: Concomitant fenofibrate or gemfibrozil administration increased total ezetimibe concentrations approximately 1.5- and 1.7-fold, respectively, however these increases are not considered clinically significant. The safety and effectiveness of Ezetrol administered with fibrates have not been established. Fibrates may increase cholesterol excretion into the bile, leading to cholelithiasis. In a preclinical study in dogs, ezetimibe increased cholesterol in the gallbladder bile. Although the relevance of this preclinical finding to humans is unknown, co-administration of Ezetrol with fibrates is not recommended until use in patients is studied.
Statins: No clinically significant pharmacokinetic interactions were seen when ezetimibe was co-administered with atorvastatin, simvastatin, pravastatin, lovastatin, or fluvastatin.