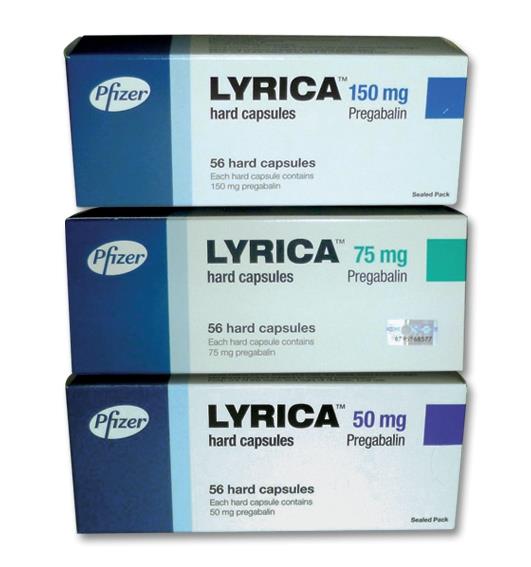 Use in patients with hepatic impairment: No dosage adjustment is required for patients with hepatic impairment (see Pharmacology: Pharmacokinetics: Pharmacokinetics in special patient groups: Hepatic impairment under Actions).
Use in children and adolescents (12 to 17 years of age): The safety and effectiveness of pregabalin in pediatric patients below the age of 12 years and adolescents has not been established.
The use in children is not recommended (see Pharmacology: Toxicology: Preclinical safety data under Actions).
Use in the elderly (over 65 years of age): Elderly patients may require a dose reduction of pregabalin due to decreased renal function (see Pharmacology: Pharmacokinetics: Pharmacokinetics in special patient groups: Elderly (over 65 of age) under Actions).
Overdosage
In overdoses up to 15 g, no unexpected adverse reactions were reported.
In the post-marketing experience, the most commonly reported adverse events observed when pregabalin was taken in overdose included affective disorder, somnolence, confusional state, depression, agitation and restlessness. Seizures were also reported.
Treatment of pregabalin overdose should include general supportive measures and may include haemodialysis if necessary (see Table 1 under Dosage & Administration).
Contraindications
Hypersensitivity to the active substance or to any of the excipients.
Special Precautions
Angioedema: There have been post-marketing reports of angioedema in patients during initial and chronic treatment with pregabalin. Specific symptoms included swelling of the face, mouth (tongue, lips, and gums), and neck (throat and larynx). There were reports of life-threatening angioedema with respiratory compromise requiring emergency treatment. Discontinue pregabalin immediately in patients with these symptoms.
Exercise caution when prescribing pregabalin to patients who have had a previous episode of angioedema. In addition, patients who are taking other drugs associated with angioedema (e.g., angiotensin converting enzyme inhibitors [ACE-inhibitors]) may be at increased risk of developing angioedema.
Hypersensitivity: There have been post-marketing reports of hypersensitivity in patients shortly after initiation of treatment with pregabalin. Adverse reactions included skin redness, blisters, hives, rash, dyspnea, and wheezing. Discontinue pregabalin immediately in patients with these symptoms.
Withdrawal of Antiepileptic Drugs (AEDs): As with all AEDs, withdraw pregabalin gradually to minimize the potential of increased seizure frequency in patients with seizure disorders. If pregabalin is discontinued, taper the drug gradually over a minimum of 1 week.
Suicidal Behavior and Ideation: Antiepileptic drugs (AEDs), including pregabalin, increase the risk of suicidal thoughts or behavior in patients taking these drugs for any indication. Monitor patients treated with any AED for any indication for the emergence or worsening of depression, suicidal thoughts or behavior, and/or any unusual changes in mood or behavior.
Pooled analyses of 199 placebo-controlled clinical trials (mono- and adjunctive therapy) of 11 different AEDs showed that patients randomized to one of the AEDs had approximately twice the risk (adjusted Relative Risk 1.8, 95% CI:1.2, 2.7) of suicidal thinking or behavior compared to patients randomized to placebo. In these trials, which had a median treatment duration of 12 weeks, the estimated incidence rate of suicidal behavior or ideation among 27,863 AED-treated patients was 0.43%, compared to 0.24% among 16,029 placebo-treated patients, representing an increase of approximately one case of suicidal thinking or behavior for every 530 patients treated. There were four suicides in drug-treated patients in the trials and none in placebo-treated patients, but the number is too small to allow any conclusion about drug effect on suicide.
The increased risk of suicidal thoughts or behavior with AEDs was observed as early as one week after starting drug treatment with AEDs and persisted for the duration of treatment assessed. Because most trials included in the analysis did not extend beyond 24 weeks, the risk of suicidal thoughts or behavior beyond 24 weeks could not be assessed.
The risk of suicidal thoughts or behavior was generally consistent among drugs in the data analyzed. The finding of increased risk with AEDs of varying mechanisms of action and across a range of indications suggests that the risk applies to all AEDs used for any indication. The risk did not vary substantially by age (5-100 years) in the clinical trials analyzed.
Table 2 shows absolute and relative risk by indication for all evaluated AEDs. (See Table 2.)

The following adverse drug reactions were reported during POST-MARKETING SURVEILLANCE: Immune system disorder: Uncommon: Hypersensitivity; Rare: Angioedema, allergic reaction.
Nervous system disorders: Very Common: Headache; Uncommon: Loss of consciousness, mental impairment.
Eye disorders: Rare: Keratitis.§
Cardiac disorders: Rare: Congestive heart failure.
Respiratory, thoracic and mediastinal disorders: Rare: Pulmonary oedema.§
Gastrointestinal disorders: Common: Nausea, diarrhoea; Rare: Swollen tongue.
Skin and subcutaneous tissue disorders: Uncommon: Face swelling, pruritus.
Renal and urinary disorders: Rare: Urinary retention.
Reproductive system and breast disorders: Rare: Gynaecomastia.§
General disorders and administration site conditions: Uncommon: Malaise.
§Adverse drug reaction frequency estimated using "The Rule of 3".
View ADR Monitoring Form
Drug Interactions
Since pregabalin is predominantly excreted unchanged in the urine, undergoes negligible metabolism in humans (<2% of a dose recovered in urine as metabolites), does not inhibit drug metabolism in vitro, and is not bound to plasma proteins, it is unlikely to produce, or be subject to, pharmacokinetic interactions.
Accordingly, in in vivo studies no clinically relevant pharmacokinetic interactions were observed between pregabalin and phenytoin, carbamazepine, valproic acid, lamotrigine, gabapentin, lorazepam, oxycodone or ethanol. Population pharmacokinetic analysis indicated that oral antidiabetics, diuretics, insulin, phenobarbital, tiagabine and topiramate had no clinically significant effect on pregabalin clearance.
Co-administration of pregabalin with the oral contraceptives norethisterone and/or ethinyl estradiol does not influence the steady-state pharmacokinetics of either substance. Pregabalin may potentiate the effects of ethanol and lorazepam. In controlled clinical trials, multiple oral doses of pregabalin coadministered with oxycodone, lorazepam, or ethanol did not result in clinically important effects on respiration. Pregabalin appears to be additive in the impairment of cognitive and gross motor function caused by oxycodone.
In the post-marketing experience, there are reports of respiratory failure and coma in patients taking pregabalin and other CNS depressant medications. There are post-marketing reports of events related to reduced lower gastrointestinal tract function (e.g., intestinal obstruction, paralytic ileus, constipation) when pregabalin was co-administered with medications that have the potential to produce constipation, such as opioid analgesics.
No specific pharmacodynamic interaction studies were conducted in elderly volunteers.
Caution For Usage
Incompatibilities: Not applicable.
Special precautions for disposal of a used medicinal product or waste materials derived from such medicinal product and other handling of the product: No special requirements.
Storage
Store below 30°C. Keep in a cool, dry place away from sunlight.
MIMS Class
Anticonvulsants / Drugs for Neuropathic Pain
ATC Classification
N03AX16 - pregabalin ; Belongs to the class of other antiepileptics.