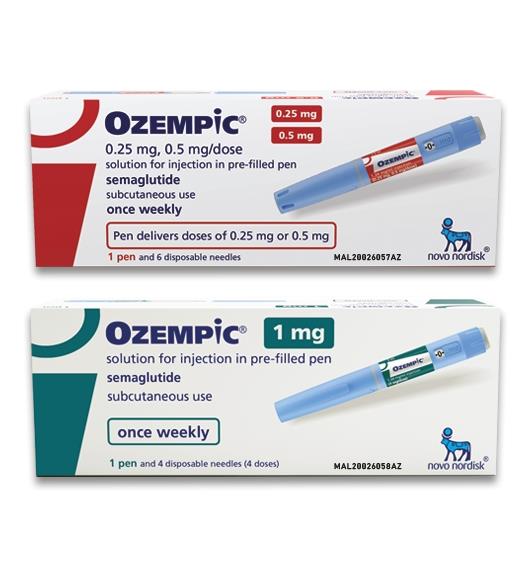 Concise Prescribing Info Full Prescribing Info Contents Description Action Indications/Uses Dosage/Direction for Use Overdosage Contraindications Special Precautions Use In Pregnancy & Lactation Adverse Reactions Drug Interactions Caution For Usage Storage Patient Counseling Information MIMS Class ATC Classification Regulatory Classification Presentation/Packing
Full Prescribing Info
Adverse Reactions
Summary of safety profile: In 8 phase 3a trials 4,792 patients were exposed to semaglutide. The most frequently reported adverse reactions in clinical trials were gastrointestinal disorders, including nausea (very common), diarrhoea (very common) and vomiting (common). In general, these reactions were mild or moderate in severity and of short duration.
Tabulated list of adverse reactions: Table 7 lists adverse reactions identified in all phase 3a trials in patients with type 2 diabetes mellitus (previously described in Pharmacology: Pharmacodynamics under Actions). The frequencies of the adverse reactions are based on a pool of the phase 3a trials excluding the cardiovascular outcomes trial (see text below the table for additional details).
The reactions are listed as follows by system organ class and absolute frequency. Within each frequency grouping, adverse reactions are presented in order of decreasing seriousness. (See Table 7.)

2-year cardiovascular outcomes and safety trial: In cardiovascular high risk population the adverse reaction profile was similar to that seen in the other phase 3a trials (described in Pharmacology: Pharmacodynamics under Actions).
Description of selected adverse reactions: Hypoglycaemia: No episodes of severe hypoglycaemia were observed when semaglutide was used as monotherapy. Severe hypoglycaemia was primarily observed when semaglutide was used with a sulfonylurea (1.2% of subjects, 0.03 events/patient year) or insulin (1.5% of subjects, 0.02 events/patient year). Few episodes (0.1% of subjects, 0.001 events/patient year) were observed with semaglutide in combination with oral antidiabetics other than sulfonylureas.
Gastrointestinal adverse reactions: Nausea occurred in 17.0% and 19.9% of patients when treated with semaglutide 0.5 mg and 1 mg, respectively, diarrhoea in 12.2% and 13.3% and vomiting in 6.4% and 8.4%. Most events were mild to moderate in severity and of short duration. The events led to treatment discontinuation in 3.9% and 5% of patients. The events were most frequently reported during the first months on treatment. Patients with low body weight may experience more gastrointestinal side effects when treated with semaglutide.
Acute pancreatitis: The frequency of adjudication-confirmed acute pancreatitis reported in phase 3a clinical trials was 0.3% for semaglutide and 0.2% for the comparator, respectively. In the 2-year cardiovascular outcomes trial the frequency of acute pancreatitis confirmed by adjudication was 0.5% for semaglutide and 0.6% for placebo (see Precautions).
Diabetic retinopathy complications: A 2-year clinical trial investigated 3,297 patients with type 2 diabetes, with high cardiovascular risk, long duration of diabetes and poorly controlled blood glucose. In this trial, adjudicated events of diabetic retinopathy complications occurred in more patients treated with semaglutide (3.0%) compared to placebo (1.8%). This was observed in insulin-treated patients with known diabetic retinopathy. The treatment difference appeared early and persisted throughout the trial. Systematic evaluation of diabetic retinopathy complication was only performed in the cardiovascular outcomes trial. In clinical trials up to 1 year involving 4,807 patients with type 2 diabetes, adverse events related to diabetic retinopathy were reported in similar proportions of subjects treated with semaglutide (1.7%) and comparators (2.0%).
Discontinuation due to an adverse event: The incidence of discontinuation of treatment due to adverse events was 6.1% and 8.7% for patients treated with semaglutide 0.5 mg and 1 mg, respectively, vs. 1.5% for placebo. The most frequent adverse events leading to discontinuation were gastrointestinal.
Injection site reactions: Injection site reactions (e.g. injection site rash, erythema) have been reported by 0.6% and 0.5% of patients receiving semaglutide 0.5 mg and 1 mg, respectively. These reactions have usually been mild.
Immunogenicity: Consistent with the potentially immunogenic properties of medicinal products containing proteins or peptides, patients may develop antibodies following treatment with semaglutide. The proportion of patients tested positive for anti-semaglutide antibodies at any time point post-baseline was low (1-2%) and no patients had anti-semaglutide neutralising antibodies or anti-semaglutide antibodies with endogenous GLP-1 neutralising effect at end-of-trial.
Heart rate increase: Increased heart rate has been observed with GLP-1 receptor agonists. In the phase 3a trials, mean increases of 1 to 6 beats per minute (bpm) from a baseline of 72 to 76 bpm were observed in subjects treated with Ozempic. In a long-term trial in subjects with cardiovascular risk factors, 16% of Ozempic-treated subjects had an increase in heart rate of >10 bpm compared to 11% of subjects on placebo after 2 years of treatment.
View ADR Monitoring Form