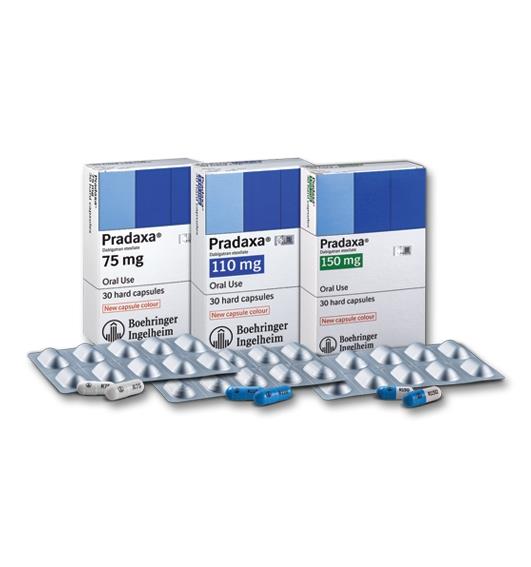 PRADAXA is contraindicated in patients with severe renal dysfunction (CrCl <30 mL/min) but should this occur then PRADAXA should be stopped at least 5 days before major surgery.
Spinal Anaesthesia/Epidural Anaesthesia/Lumbar Puncture: Procedures such as spinal anesthesia may require complete hemostatic function.
The risk of spinal or epidural haematoma may be increased in cases of traumatic or repeated puncture and by the prolonged use of epidural catheters. After removal of a catheter, an interval of at least 1 hour should elapse before the administration of the first dose of PRADAXA. These patients require frequent observation for neurological signs and symptoms of spinal or epidural hematoma.
Post Procedural Period: PRADAXA treatment can be resumed / started after complete haemostasis is achieved.
Effects on ability to drive and use machines: No studies on the effects on the ability to drive and use machines have been performed.