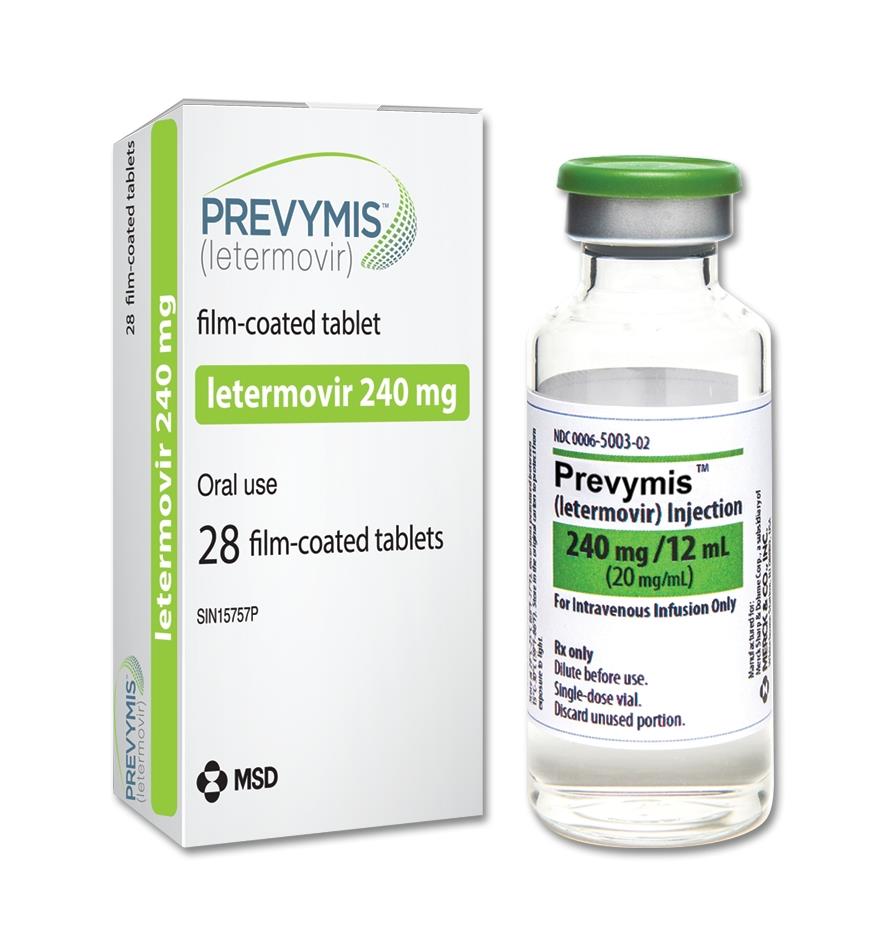 Concise Prescribing Info Full Prescribing Info Contents Description Action Indications/Uses Dosage/Direction for Use Overdosage Contraindications Special Precautions Use In Pregnancy & Lactation Adverse Reactions Drug Interactions Caution For Usage Storage MIMS Class ATC Classification Regulatory Classification Presentation/Packing
Full Prescribing Info
Adverse Reactions
Clinical Trials Experience: Adults: Adult CMV-seropositive Recipients [R+] of an Allogeneic HSCT: The safety of PREVYMIS was evaluated in a Phase 3 randomized, double-blind, placebo-controlled trial (P001) in which 565 subjects were randomized and treated with PREVYMIS (N=373) or placebo (N=192) through Week 14 post-transplant and were followed for safety through Week 24 post-transplant.
Cardiac Adverse Events: The cardiac adverse event rate (regardless of investigator-assessed causality) was higher in subjects receiving PREVYMIS (13%) compared to subjects receiving placebo (6%). The most common cardiac adverse events were tachycardia (reported in 4% of PREVYMIS subjects and in 2% of placebo subjects) and atrial fibrillation (reported in 3% of PREVYMIS subjects and in 1% of placebo subjects). Among those subjects who experienced one or more cardiac adverse events, 85% of PREVYMIS and 92% of placebo subjects had events reported as mild or moderate in severity.
The most commonly reported adverse reactions occurring in at least 1% of subjects in the PREVYMIS group through Week 24 post-transplant and at a frequency greater than placebo were: nausea, diarrhea, and vomiting (Table 5). (See Table 5.)

Hypersensitivity was reported as a non-serious adverse reaction with PREVYMIS in one subject.
Overall, similar proportions of subjects in each group discontinued study medication due to an adverse reaction (4.8% PREVYMIS vs. 3.6% placebo). The most frequently reported adverse reactions that led to discontinuation of PREVYMIS were nausea (1.6%), vomiting (0.8%), and abdominal pain (0.5%).
Laboratory Abnormalities: Overall, the percentage of subjects with potentially clinically significant changes in laboratory values (e.g., hematology, chemistry, renal, and hepatic function) was similar in the PREVYMIS and placebo groups. There were no differences in the incidence of or time to engraftment between the PREVYMIS and placebo groups.
Biomarkers of testicular toxicity were evaluated in male subjects in P001. The changes from baseline in male sex hormones (serum inhibin B, luteinizing hormone (LH), follicle-stimulating hormone (FSH), and testosterone) were similar in the PREVYMIS and placebo groups.
View ADR Monitoring Form