Viacoram Use In Pregnancy & Lactation 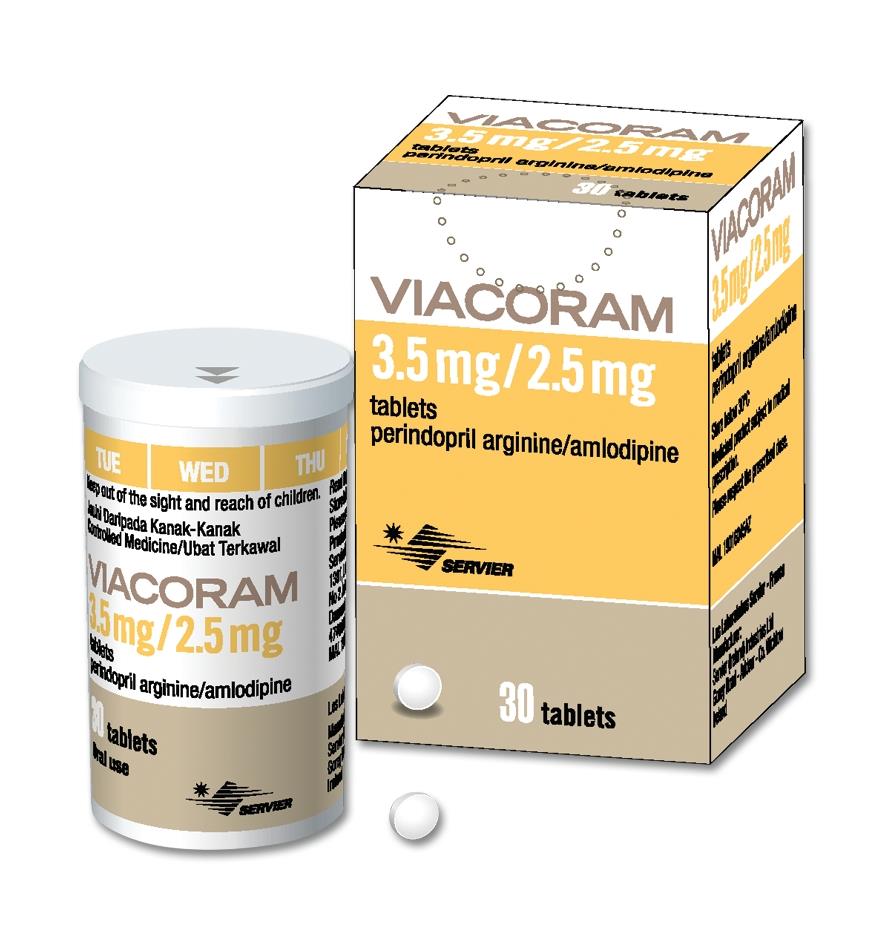 Concise Prescribing Info Full Prescribing Info Contents Description Action Indications/Uses Dosage/Direction for Use Overdosage Contraindications Warnings Special Precautions Use In Pregnancy & Lactation Adverse Reactions Drug Interactions Caution For Usage Storage MIMS Class ATC Classification Regulatory Classification Presentation/Packing
Full Prescribing Info
Use In Pregnancy & Lactation
Given the effects of the individual components in this combination product on pregnancy and lactation: Viacoram is not recommended during the first trimester of pregnancy. Viacoram is contraindicated during the second and third trimesters of pregnancy.
Viacoram is not recommended during lactation. A decision should therefore be made whether to discontinue nursing or to discontinue Viacoram taking account the importance of this therapy for the mother.
Pregnancy: Linked to perindopril: Epidemiological evidence regarding the risk of teratogenicity following exposure to ACE inhibitors during the first trimester of pregnancy has not been conclusive; however a small increase in risk cannot be excluded. Unless continued ACE inhibitor therapy is considered essential, patients planning pregnancy should be changed to alternative antihypertensive treatments which have an established safety profile for use in pregnancy. When pregnancy is diagnosed, treatment with ACE inhibitors should be stopped immediately, and, if appropriate, alternative therapy should be started. Increased risk of birth defects, foetal and neonatal morbidity and death when used throughout pregnancy.
Exposure to ACE inhibitor therapy during the second and third trimesters is known to induce human foetotoxicity (decreased renal function, oligohydramnios, skull ossification retardation) and neonatal toxicity (renal failure, hypotension, hyperkalaemia) (see Pharmacology: Toxicology: Preclinical safety data under Actions).
Should exposure to ACE inhibitor have occurred from the second trimester of pregnancy, ultrasound check of renal function and skull is recommended.
Infants whose mothers have taken ACE inhibitors should be closely observed for hypotension (see Contraindications and Precautions).
Linked to amlodipine: The safety of amlodipine in human pregnancy has not been established.
In animal studies, reproductive toxicity was observed at high doses (see Pharmacology: Toxicology: Preclinical safety data under Actions). Use in pregnancy is only recommended when there is no safer alternative and when the disease itself carries greater risk for the mother and foetus.
Breast-feeding: Linked to perindopril: Because no information is available regarding the use of perindopril during breastfeeding, perindopril is not recommended and alternative treatments with better established safety profiles during breast-feeding are preferable, especially while nursing a newborn or preterm infant.
Linked to amlodipine: Amlodipine is excreted in human milk. The proportion of the maternal dose received by the infant has been estimated with an interquartile range of 3 - 7%, with a maximum of 15%. The effect of amlodipine on infants is unknown. A decision on whether to continue/discontinue breast-feeding or to continue/discontinue therapy with amlodipine should be made taking into account the benefit of breast-feeding to the child and the benefit of amlodipine therapy to the mother.
Fertility: Linked to perindopril: There was no effect on reproductive performance or fertility.
Linked to amlodipine: Reversible biochemical changes in the head of spermatozoa have been reported in some patients treated by calcium channel blockers. Clinical data are insufficient regarding the potential effect of amlodipine on fertility. In one rat study, adverse effects were found on male fertility (see Pharmacology: Toxicology: Preclinical safety data under Actions).