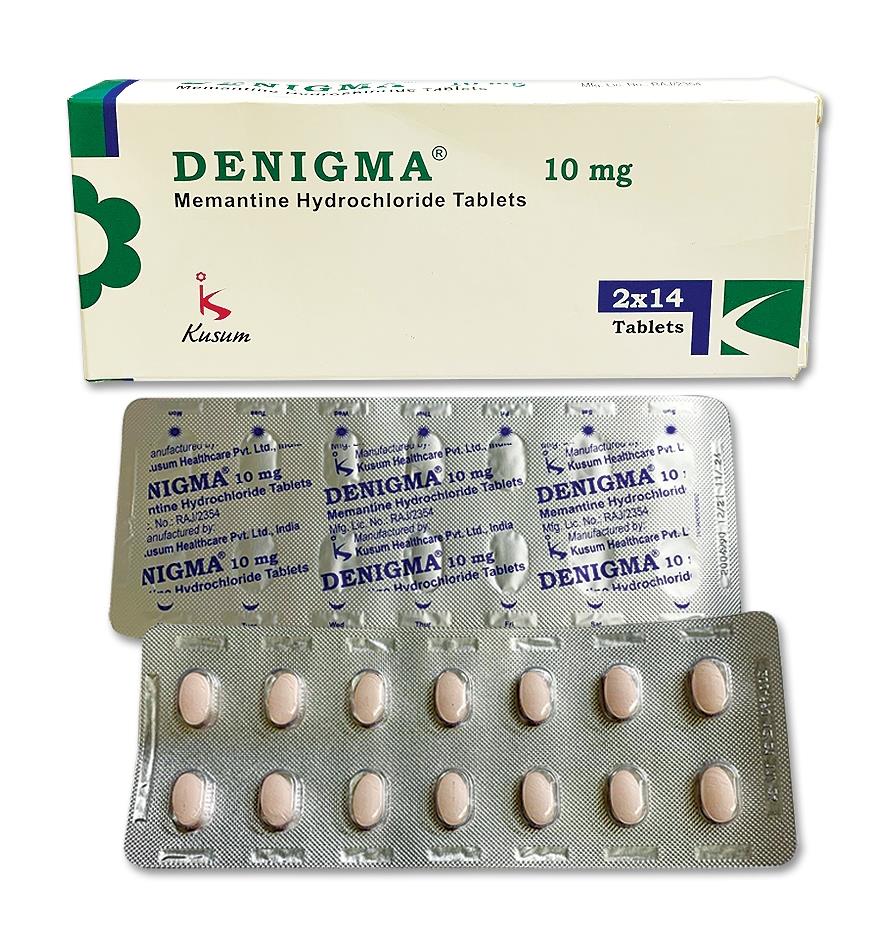 Adverse Drug Reaction: Inform doctors about unexpected reactions after using drugs.
View ADR Monitoring Form
Drug Interactions
Due to the pharmacological effects and the mechanism of action of memantine the following interactions may occur: The mode of action suggests that the effects of L-dopa, dopaminergic agonists, and anticholinergics may be enhanced by concomitant treatment with NMDA-antagonists such as memantine. The effects of barbiturates and neuroleptics may be reduced. Concomitant administration of memantine with the antispasmodic agents, dantrolene or baclofen, can modify their effects and a dosage adjustment may be necessary.
Concomitant use of memantine and amantadine should be avoided, owing to the risk of pharmacotoxic psychosis. Both compounds are chemically related NMDA-antagonists. The same may be true for ketamine and dextromethorphan. There is one published case report on a possible risk also for the combination of memantine and phenytoin.
Other active substances such as cimetidine, ranitidine, procainamide, quinidine, quinine and nicotine that use the same renal cationic transport system as amantadine may also possibly interact with memantine leading to a potential risk of increased plasma levels.
There may be a possibility of reduced serum level of hydrochlorothiazide (HCT) when memantine is co-administered with HCT or any combination with HCT.
In post-marketing experience isolated cases with international normalized ratio (INR) increases have been reported in patients concomitantly treated with warfarin. Although no causal relationship has been established, close monitoring of prothrombin time or INR is advisable for patients concomitantly treated with oral anticoagulants.
In single dose PK studies in young healthy subjects no relevant drug-drug interaction of memantine with glyburide/metformin or donepezil was observed.
In a clinical study in young healthy volunteers no relevant effect of memantine on the pharmacokinetics of galantamine was observed.
Memantine did not inhibit CYP 1A2, 2A6, 2C9, 2D6, 2E1, 3A, flavin-containing monooxygenase, epoxide hydrolase or sulphation in vitro.
Storage
Store below 30°C.
Shelf-Life: 36 months.
MIMS Class
Neurodegenerative Disease Drugs
ATC Classification
N06DX01 - memantine ; Belongs to the class of other anti-dementia drugs.