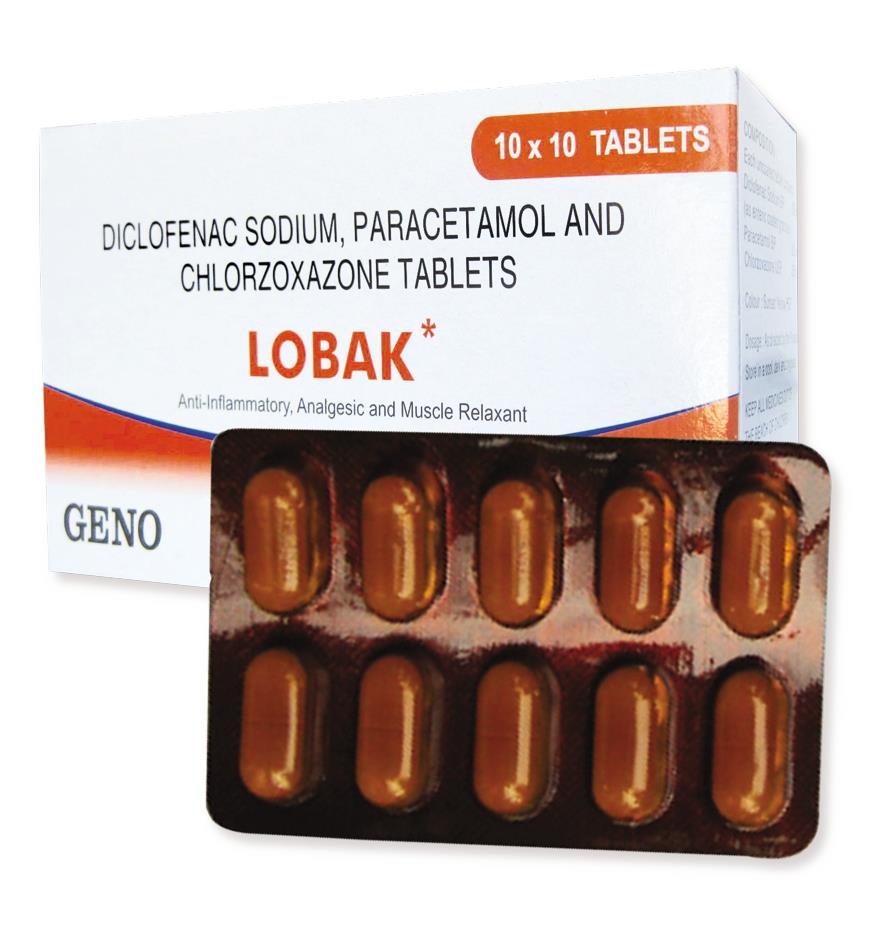 NEW Brand Resources
Concise Prescribing Info Full Prescribing Info Contents Description Action Indications/Uses Dosage/Direction for Use Overdosage Contraindications Special Precautions Adverse Reactions Drug Interactions Storage MIMS Class ATC Classification Regulatory Classification Presentation/Packing Brand Resources
Full Prescribing Info
Action
Pharmacology: Classification: Anti-inflammatory, analgesic and muscle relaxant.
Mechanism of Action: Diclofenac sodium is a nonsteroidal compound, a phenylacetic acid derivative with analgesic, antipyretic and anti-inflammatory effects. Diclofenac sodium inhibits the biosynthesis and release of prostaglandins which are known to be implicated in the pathogenesis of inflammation, pain and fever. Absorption occurs in the GIT to give peak plasma concentration approximately 2 hrs after ingestion. There is at least 99% binding to plasma proteins and excretion of metabolites is mainly in the urine.
Paracetamol has analgesic and antipyretic effects similar to those of aspirin. However, it has no anti-inflammatory effect and does not share the antirheumatic properties of the salicylates. It is rapidly and practically completely absorbed from the GIT. The concentration in plasma reaches a peak in 30-60 min and the plasma t½ is about 2 hrs after therapeutic doses. It is distributed into most body tissues. It crosses the placenta and is present in breast milk.
Chlorzoxazone is a centrally-acting muscle relaxant. Chlorzoxazone acts primarily at the level of the spinal cord and subcortical areas of the brain where it inhibits multisynaptic reflex arcs involved in producing and maintaining skeletal muscle spasm of varied etiology. Chlorzoxazone is rapidly absorbed from the GIT. It is metabolized to 6-hydroxychlorzoxazone and then eliminated in the urine.