Triveram Use In Pregnancy & Lactation 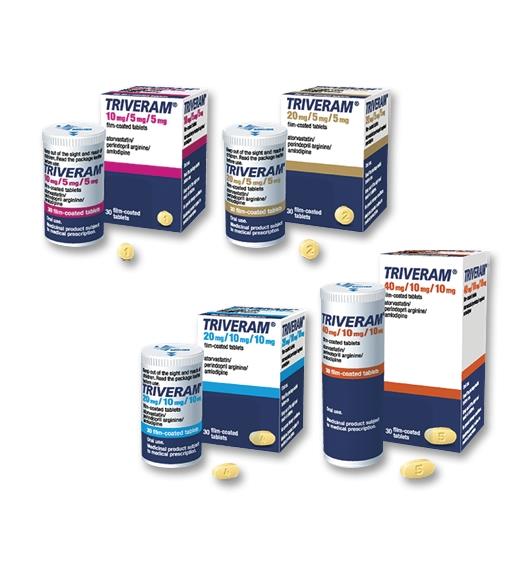 NEW Brand Resources
Concise Prescribing Info Full Prescribing Info Contents Description Action Indications/Uses Dosage/Direction for Use Overdosage Contraindications Special Precautions Use In Pregnancy & Lactation Adverse Reactions Drug Interactions Caution For Usage Storage MIMS Class ATC Classification Presentation/Packing Brand Resources
Full Prescribing Info
Use In Pregnancy & Lactation
Triveram is contraindicated during pregnancy and lactation (see Contraindications).
Women of childbearing potential: Women of child-bearing potential should use appropriate contraceptive measures during treatment with Triveram (see Contraindications).
Pregnancy: Atorvastatin: Safety in pregnant women has not been established. No controlled clinical trials with atorvastatin have been conducted in pregnant women. Rare reports of congenital anomalies following intrauterine exposure to HMG-CoA reductase inhibitors have been received. Animal studies have shown toxicity to reproduction (see Pharmacology: Toxicology: Preclinical safety data under Actions).
Maternal treatment with atorvastatin may reduce the fetal levels of mevalonate which is a precursor of cholesterol biosynthesis. Atherosclerosis is a chronic process, and ordinarily discontinuation of lipid-lowering medicinal products during pregnancy should have little impact on the long-term risk associated with primary hypercholesterolaemia.
For these reasons, atorvastatin should not be used in women who are pregnant, trying to become pregnant or suspected to be pregnant. Treatment with atorvastatin should be suspended for the duration of pregnancy or until confirmation of the absence of pregnancy (see Pharmacology: Toxicology: Preclinical safety data under Actions).
Perindopril: The use of ACE inhibitors is not recommended during the first trimester of pregnancy. The use of ACE inhibitors is contra-indicated during the 2nd and 3rd trimesters of pregnancy (see Contraindications).
Epidemiological evidence regarding the risk of teratogenicity following exposure to ACE inhibitors during the first trimester of pregnancy has not been conclusive; however a small increase in risk cannot be excluded. Patients planning pregnancy should be changed to alternative anti-hypertensive treatments which have an established safety profile for use in pregnancy. When pregnancy is diagnosed, treatment with ACE inhibitors should be stopped immediately, and, if appropriate, alternative therapy should be started.
Exposure to ACE inhibitor therapy during the second and third trimesters is known to induce human foetoxicity (decreased renal function, oligohydramnios, skull ossification retardation) and neonatal toxicity (renal failure, hypotension, hyperkalaemia) (see Pharmacology: Toxicology; Preclinical safety data under Actions). Should exposure to ACE inhibitor have occurred from the second trimester of pregnancy, ultrasound check of renal function and skull is recommended. Infants whose mothers have taken ACE inhibitors should be closely observed for hypotension (see also Contraindications and Precautions).
Amlodipine: Safety of amlodipine in human pregnancy has not been established. In animal studies, reproductive toxicity was observed at high doses (see Pharmacology: Toxicology; Preclinical safety data under Actions).
Breast-feeding: Atorvastatin: It is not known whether atorvastatin or its metabolites are excreted in human milk. In rats, plasma concentrations of atorvastatin and its active metabolites are similar to those in milk (see Pharmacology: Toxicology: Preclinical safety data under Actions). Because of the potential for serious adverse reactions, women taking atorvastatin should not breast-feed their infants. Atorvastatin is contraindicated during breastfeeding (see Contraindications).
Perindopril: Because no information is available regarding the use of perindopril during breastfeeding, perindopril is not recommended and alternative treatments with better established safety profiles during breast-feeding are preferable, especially while nursing a newborn or preterm infant.
Amlodipine: Amlodipine is excreted in human milk. The proportion of the maternal dose received by the infant has been estimated with an interquartile range of 3 - 7%, with a maximum of 15%. The effect of amlodipine on infants is unknown.
Fertility: Atorvastatin: In animal studies atorvastatin had no effect on male or female fertility (see Pharmacology: Toxicology: Preclinical safety data under Actions).
Perindopril: There was no effect on reproductive performance or fertility.
Amlodipine: Reversible biochemical changes in the head of spermatozoa have been reported in some patients treated by calcium channel blockers. Clinical data are insufficient regarding the potential effect of amlodipine on fertility. In one rat study, adverse effects were found on male fertility (see Pharmacology: Toxicology: Preclinical safety data under Actions).