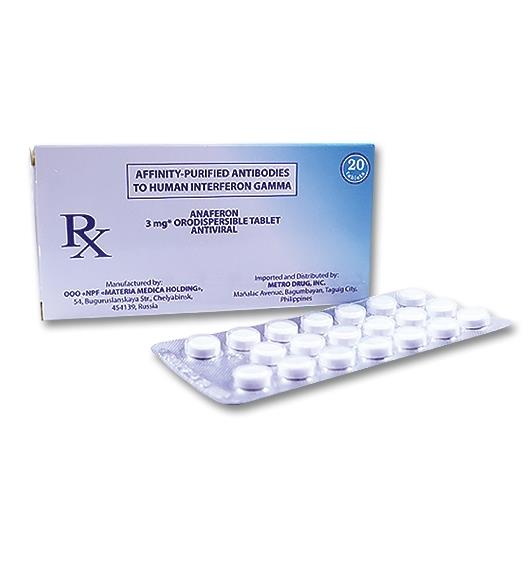 Regulatory Classification
Rx
Presentation/Packing
Orodispersible tab 3 mg (white to off-white, round, flat, scored on one side and beveled tablets, marked MATERIA MEDICA on one side and ANAFERON KID on the other) x 20's.