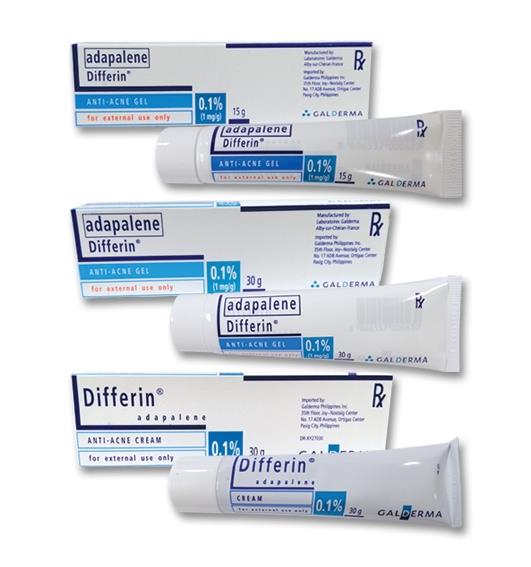 Absorption: Absorption of adapalene through human skin is low. No quantifiable levels of parent substance have been found in the plasma of patients following chronic adapalene gel 0.1% application in controlled clinical trials (limit of quantification = 0.25 ng/mL). In adult patients with acne vulgaris who received daily applications of 0.3% gel for 10 days, the mean AUC(0-24h) on Day 10 was 8.94 ngAh/mL (SD: 8.99) and the mean Cmax was 0.553 ng/mL (SD: 0.466). The Cmax ranged from < 0.1 to 2 ng/mL and the maximum AUC(0-24h) value obtained was 36.1 ngAh/mL. The terminal apparent half-life ranged from 13 to 16 hours, thereby indicating that a pharmacokinetic steady-state was reached before Day 10.
Distribution: Classical plasma protein binding techniques were not feasible for adapalene due to the physiochemical properties of the molecule. However, an alternative method was adopted which measures the partitioning of the drug between plasma or protein solutions and erythrocytes. When 3H-adapalene was incubated with human whole blood, 26% was bound to erythrocytes and total binding of adapalene in blood was > 99%. Adapalene bound primarily to lipoproteins and human serum albumin.
Metabolism: Following 24-hour incubation with human hepatocytes, more than 90% of adapalene has been metabolized. Both metabolites and adapalene showed a possibility for conjugation - predominantly glucuronidation and sulfatation.
Excretion: Excretion appears to be primarily by the biliary route. The majority of an administered dose of 0.3% gel was excreted by 144 hours post dose and no drug was detected after the 6th day following last application. Under maximized conditions, the mean total unchanged drug substance excreted in the faeces was 0.07% ± 0.06% of the total dose applied (range, 0.02% to 0.19%).