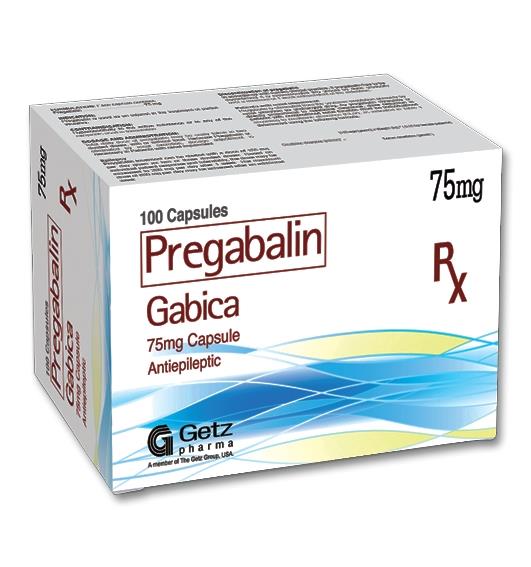 NEW Brand Resources
Concise Prescribing Info Full Prescribing Info Contents Description Indications/Uses Dosage/Direction for Use Overdosage Contraindications Special Precautions Use In Pregnancy & Lactation Adverse Reactions Drug Interactions Storage MIMS Class ATC Classification Regulatory Classification Presentation/Packing Brand Resources
Full Prescribing Info
Contents
Pregabalin.
Description
Each capsule contains Pregabalin 75 mg.
Indications/Uses
Pregabalin is used as an adjunct in the treatment of partial seizures.
Dosage/Direction for Use
Total daily dose of pregabalin may be orally taken in two divided doses, with or without food. Because Pregabalin is eliminated by renal excretion, dosage adjustment is necessary in patients with renal impairment.
Epilepsy: Pregabalin treatment can be started with a dose of 150 mg per day given as two or three divided doses. Based on individual patient response and tolerability, the dose may be increased to 300 mg per day after 1 week. The maximum dose of 600 mg per day may be achieved after an additional week.
Discontinuation of Pregabalin: In accordance with current clinical practice, if pregabalin has to be discontinued it is recommended this should be done gradually over a minimum of 1 week independent of the indication.
Patients with renal impairment: Pregabalin is eliminated from the systemic circulation primarily by renal excretion as unchanged drug. As pregabalin clearance is directly proportional to creatinine clearance, dose reduction in patients with compromised renal function must be individualized according to creatinine clearance (CLcr), as determined using the following formula: See equation.