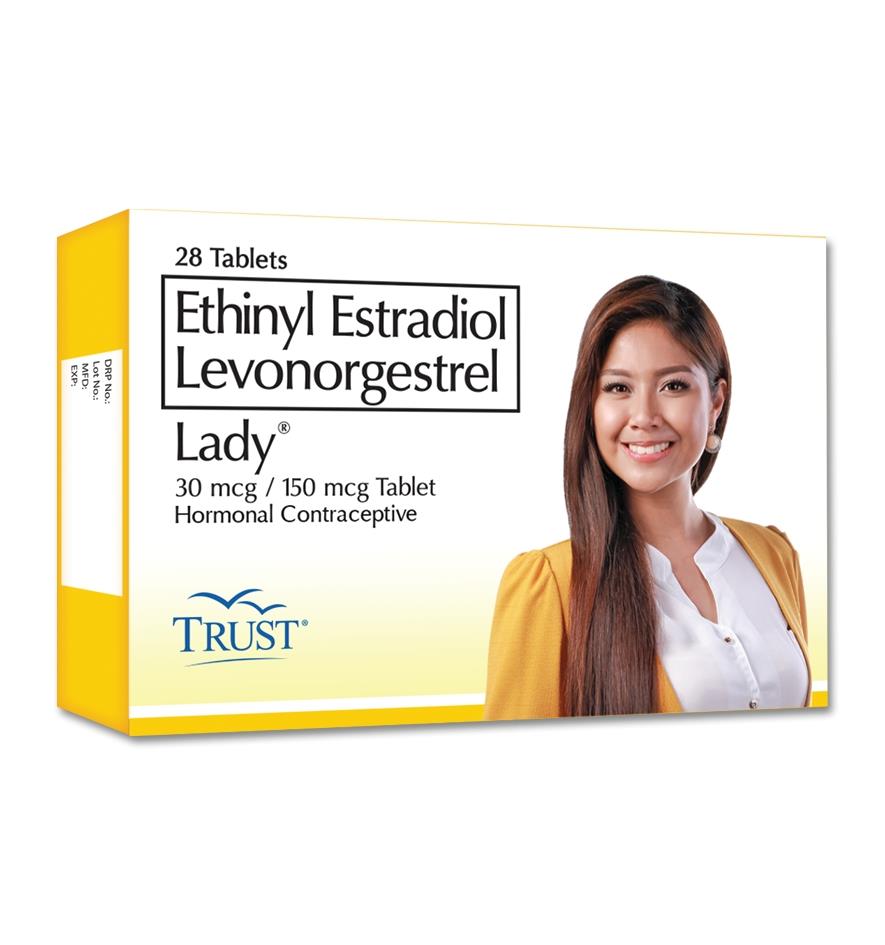 Concise Prescribing Info Full Prescribing Info Contents Description Action Indications/Uses Dosage/Direction for Use Overdosage Contraindications Special Precautions Adverse Reactions Drug Interactions Storage MIMS Class ATC Classification Regulatory Classification Presentation/Packing
Full Prescribing Info
Action
Pharmacology: Pharmacodynamics: Mechanism of Action: Ethinyl Estradiol + Levonorgestrel (LADY) works primarily by preventing the release of eggs from the ovaries. Also, ethinyl estradiol acts synergistically with levonorgestrel to provide regular and consistent suppression of ovulation.
Pharmacokinetics: Ethinyl Estradiol is absorbed well and rapidly by the gastrointestinal tract. The presence of an Ethinyl group at the 17-position greatly reduces hepatic first-pass metabolism compared with Estradiol, enabling the compound to be much more active if taken orally. There is some initial conjugation at the gut wall, and the systemic bioavailability is only 40%. Ethinyl Estradiol is highly protein bound, unlike naturally occurring estrogens, which are mainly bound to sex hormone-binding globulin; it is principally bound to albumin. It is metabolized in the liver, and excreted in urine and feces. Metabolites undergo enterohepatic recycling.
Levonorgestrel is rapidly and almost completely absorbed after being taken orally and undergoes little first-pass hepatic metabolism. It is highly bound to plasma proteins; 42% to 68% to sex hormone-binding globulin and 30% to 56% to albumin. The proportion bound to sex hormone-binding globulin is higher when it is given with an estrogen. Levonorgestrel is metabolized in the liver to sulfate and glucuronide conjugates, which are excreted in the urine and to a lesser extent in the feces.