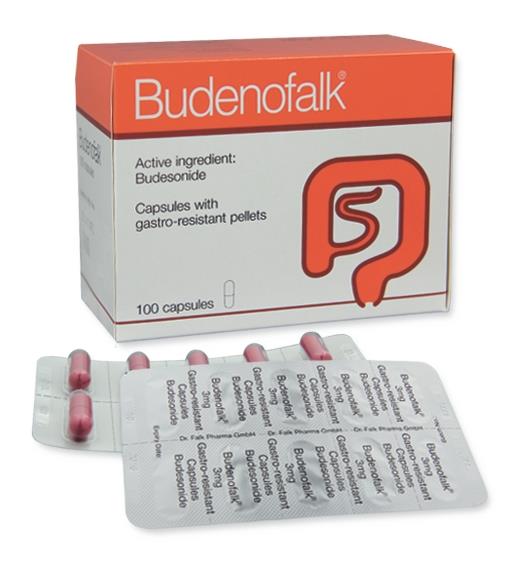 Concise Prescribing Info Full Prescribing Info Contents Description Indications/Uses Dosage/Direction for Use Contraindications Special Precautions Use In Pregnancy & Lactation Side Effects Drug Interactions MIMS Class ATC Classification Regulatory Classification Presentation/Packing
Full Prescribing Info
Drug Interactions
Cardiac Glycosides: The action of the glycoside can be potentiated by potassium deficiency.
Saluretics: Potassium excretion can be enhanced.
Cytochrome P-450 inhibitors eg, ketoconazole, troleandromycin, erythromycin, cyclosporin: The corticoid effect can be enhanced.
Concomitant administration of cimetidine and budesonide may lead to a slight increase of the budesonide plasma level which, however has no clinical relevance. Concomitant administration of omeprazole does not change the pharmacokinetics of budesonide.
In theory, potential interactions with steroid-binding synthetic resins eg, cholestyramine and with antacids cannot be ruled out. If given at the same time as Budenofalk, such interactions could result in a reduction in the effect of budesonide. Therefore, these preparations should not be taken at the same time, but at least 2 hrs apart.