Adacel Use In Pregnancy & Lactation 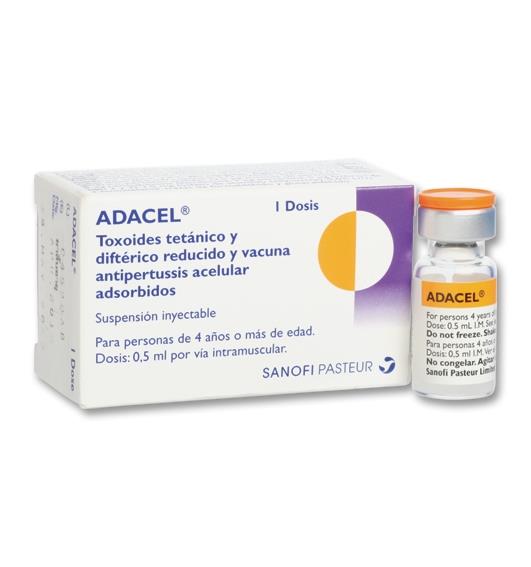 Concise Prescribing Info Full Prescribing Info Contents Description Action Indications/Uses Dosage/Direction for Use Overdosage Contraindications Special Precautions Use In Pregnancy & Lactation Adverse Reactions Drug Interactions Storage MIMS Class ATC Classification Thai FDA Category Presentation/Packing
Full Prescribing Info
Use In Pregnancy & Lactation
Pregnant Women: Safety data from 4 randomized controlled trials (310 pregnancy outcomes), 2 prospective observational studies (2670 pregnancy outcomes), 4 retrospective observational studies (81,701 pregnancy outcomes), and from passive surveillance of women who received ADACEL or ADACEL-POLIO (Tdap-IPV; containing the Tdap component of ADACEL) during the 2nd or 3rd trimester have shown no vaccine-related adverse effect on pregnancy or on the health of the fetus/newborn child. As with other inactivated vaccines, it is not expected that vaccination with ADACEL during any trimester would harm the fetus. The benefits versus the risks of administering ADACEL during pregnancy should be evaluated.
Animal studies do not indicate direct or indirect harmful effects with respect to pregnancy, embryonal/fetal development, parturition or postnatal development.
Limited clinical data have shown there is interference with the immune response to other antigens (i.e. diphtheria, tetanus, polio, pneumococcal, meningococcal) in infants born to women vaccinated with ADACEL during pregnancy. However, in most of the cases, the antibody concentrations remain above the thresholds established as protective. The clinical relevance of this observation is unknown.
Nursing Women: The effect of administration of ADACEL during lactation has not been assessed. As ADACEL is inactivated, any risk to the mother or the infant is improbable. However, the effect on breastfed infants of the administration of ADACEL to their mothers has not been studied. The risks and benefits of vaccination should be assessed before making the decision to immunize a nursing woman.