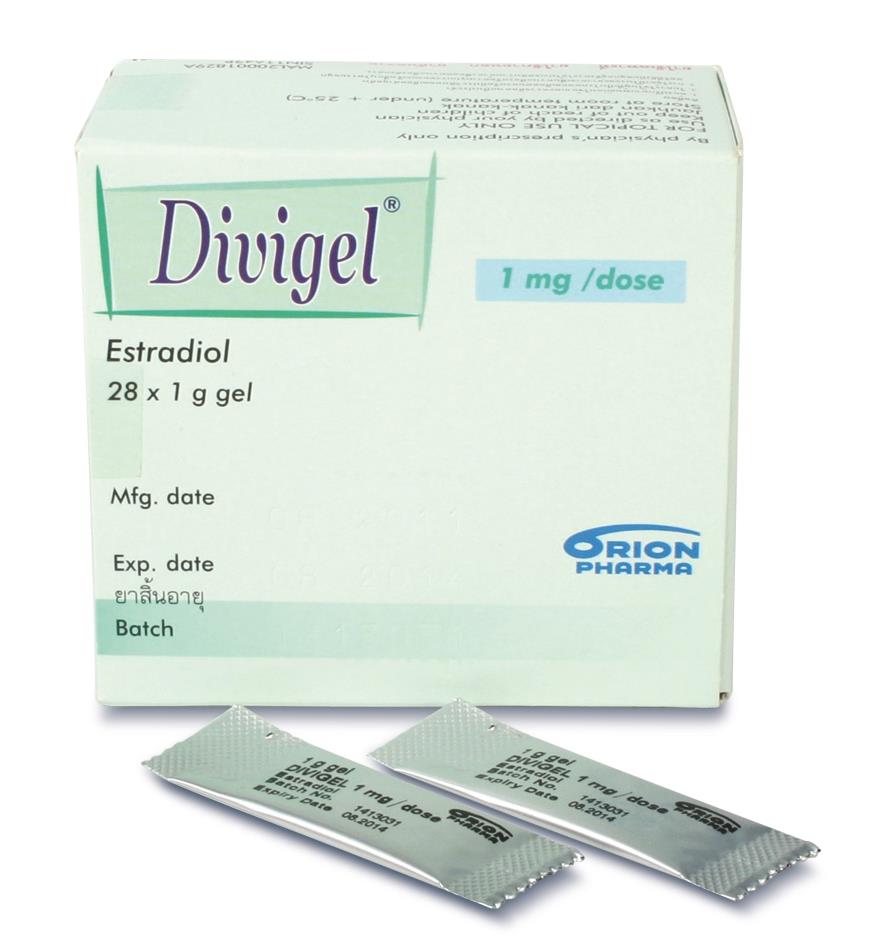 Endometrial Cancer Risk: Postmenopausal Women with a Uterus: The endometrial cancer risk is about 5 in every 1000 women with a uterus not using HRT. In women with a uterus, use of estrogen-only HRT is not recommended because it increases the risk of endometrial cancer (see Precautions).
Depending on the duration of estrogen-only use and estrogen dose, the increase in risk of endometrial cancer in epidemiology studies varied from between 5 and 55 extra cases diagnosed in every 1000 women between the ages of 50 and 65.
Adding a progestagen to estrogen-only therapy for at least 12 days per cycle can prevent this increased risk. In the million women study, the use of 5 years of combined (sequential or continuous) HRT did not increase risk of endometrial cancer [RR of 1 (0.8-1.2)].
Ovarian Cancer: Long-term use of estrogen-only and combined estrogen-progestagen HRT has been associated with a slightly increased risk of ovarian cancer. In the million women study 5 years of HRT resulted in 1 extra case per 2500 users.
Risk of Venous Thromboembolism: Hormone replacement therapy (HRT) is associated with a 1.3 to 3-fold increased relative risk of developing venous thromboembolism (VTE) ie, deep vein thrombosis or pulmonary embolism. The occurrence of such an event is more likely in the 1st year of using HRT (see Precautions). Results of the WHI studies are presented (see Table 3).

Risk of Coronary Artery Disease: The risk of coronary artery disease is slightly increased in users of combined estrogen-progestagen HRT >60 years (see Precautions).
Risk of Ischaemic Stroke: The use of estrogen-only and estrogen+progestagen therapy is associated with an up to 1.5-fold increased relative risk of ischaemic stroke. The risk of haemorrhagic stroke is not increased during use of HRT.
This relative risk is not dependent on age or on duration of use, but as the baseline risk is strongly age-dependent, the overall risk of stroke in women who use HRT will increase with age (see Precautions). (See Table 4.)