Duodart Use In Pregnancy & Lactation 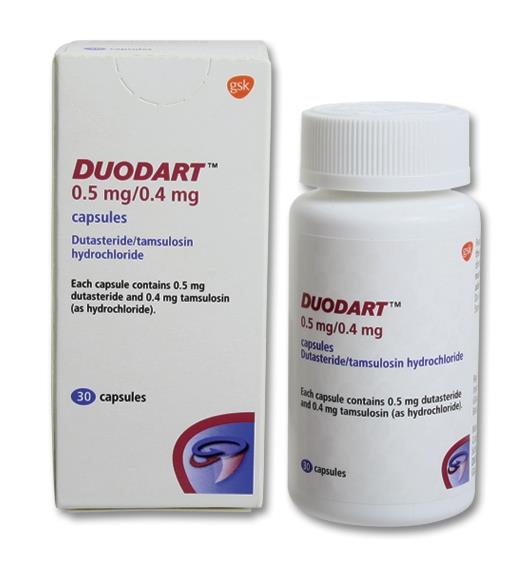 Concise Prescribing Info Full Prescribing Info Contents Description Action Indications/Uses Dosage/Direction for Use Overdosage Contraindications Special Precautions Use In Pregnancy & Lactation Adverse Reactions Drug Interactions Caution For Usage Storage MIMS Class ATC Classification Thai FDA Category Presentation/Packing
The information highlighted (if any) are the most recent updates for this brand.
Full Prescribing Info
Use In Pregnancy & Lactation
There have been no studies to investigate the effect of DUODART on pregnancy, lactation and fertility. The following statements reflect the information available on the individual components.
Fertility: Dutasteride: The effects of dutasteride 0.5 mg/day on semen characteristics were evaluated in normal volunteers aged 18 to 52 (n=27 dutasteride, n=23 placebo) throughout 52 weeks of treatment and 24 weeks of post treatment follow-up. At 52 weeks, the mean percent reduction from baseline in total sperm count, semen volume, and sperm motility were 23%, 26%, and 18%, respectively, in the dutasteride group when adjusted for changes from baseline in the placebo group. Sperm concentration and sperm morphology were unaffected. After 24 weeks of follow-up, the mean percent change in total sperm count in the dutasteride group remained 23% lower than baseline. While mean values for all semen parameters at all time points remained within the normal ranges and did not meet predefined criteria for a clinically significant change (30%), two subjects in the dutasteride group had decreases in sperm count of greater than 90% from baseline at 52 weeks, with partial recovery at the 24-week follow-up. The clinical significance of dutasteride's effect on semen characteristics for an individual patient's fertility is not known.
Tamsulosin: Effects of tamsulosin hydrochloride on sperm counts or sperm function have not been evaluated.
Pregnancy: DUODART is contraindicated for use by women.
Dutasteride: Dutasteride has not been studied in women because pre-clinical data suggests that the suppression of circulating levels of dihydrotestosterone may inhibit the development of the external genital organs in a male foetus carried by a woman exposed to dutasteride.
Tamsulosin: Administration of tamsulosin hydrochloride to pregnant female rats and rabbits at higher than the therapeutic dose showed no evidence of foetal harm.
Lactation: DUODART is contraindicated for use in women.
It is not known whether dutasteride or tamsulosin are excreted in breast milk.