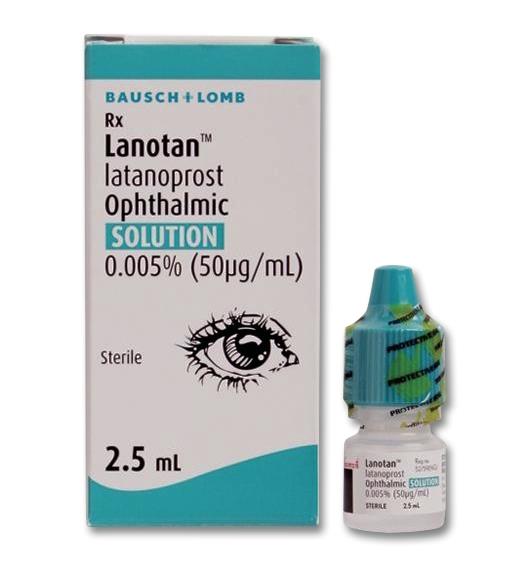 Concise Prescribing Info Full Prescribing Info Contents Description Action Indications/Uses Dosage/Direction for Use Overdosage Contraindications Warnings Special Precautions Use In Pregnancy & Lactation Adverse Reactions Drug Interactions Storage MIMS Class ATC Classification Thai FDA Category Presentation/Packing
Full Prescribing Info
Special Precautions
General: Latanoprost ophthalmic eye drops may gradually increase the pigmentation of the iris. The eye color change is due to increased melanin content in the stromal melanocytes of the iris rather than to an increase in the number of melanocytes. This change may not be noticeable for several months to years (see Warnings). Typically, the brown pigmentation around the pupil spreads concentrically towards the periphery of the iris and the entire iris or parts of the iris become more brownish. Neither nevi nor freckles of the iris appear to be affected by treatment. While treatment with Latanoprost can be continued in patients who develop noticeably increased iris pigmentation, these patients should be examined regularly.
During clinical trials, the increase in brown iris pigment has not been shown to progress further upon discontinuation of treatment, but the resultant color change may be permanent.
Eyelid skin darkening, which may be reversible, has been reported in association with the use of Latanoprost (see Warnings).
Latanoprost may gradually change eyelashes and vellus hair in the treated eye; these changes include increased length, thickness, pigmentation, the number of lashes or hairs, and misdirected growth of eyelashes. Eyelash changes are usually reversible upon discontinuation of treatment.
Latanoprost should be used with caution in patients with a history of intraocular inflammation (iritis/uveitis) and should generally not be used in patients with active intraocular inflammation.
Macular edema, including cystoid macular edema, has been reported during treatment with Latanoprost. These reports have mainly occurred in aphakic patients, in pseudophakic patients with a torn posterior lens capsule, or in patients with known risk factors for macular edema. Latanoprost should be used with caution in patients who do not have an intact posterior capsule or who have known risk factors for macular edema.
There is limited experience with Latanoprost in the treatment of angle closure, inflammatory or neovascular glaucoma.
There have been reports of bacterial keratitis associated with the use of multiple-dose containers of topical ophthalmic products. These containers had been inadvertently contaminated by patients who, in most cases, had a concurrent corneal disease or a disruption of the ocular epithelial surface (see Precautions and Information for Patients).
Contact lenses should be removed prior to the administration of Latanoprost, and may be reinserted 15 minutes after administration (see Precautions and Information for Patients).
Use in Children: Safety and effectiveness in pediatric patients have not been established.
Use in Elderly: No overall differences in safety or effectiveness have been observed between elderly and younger patients.