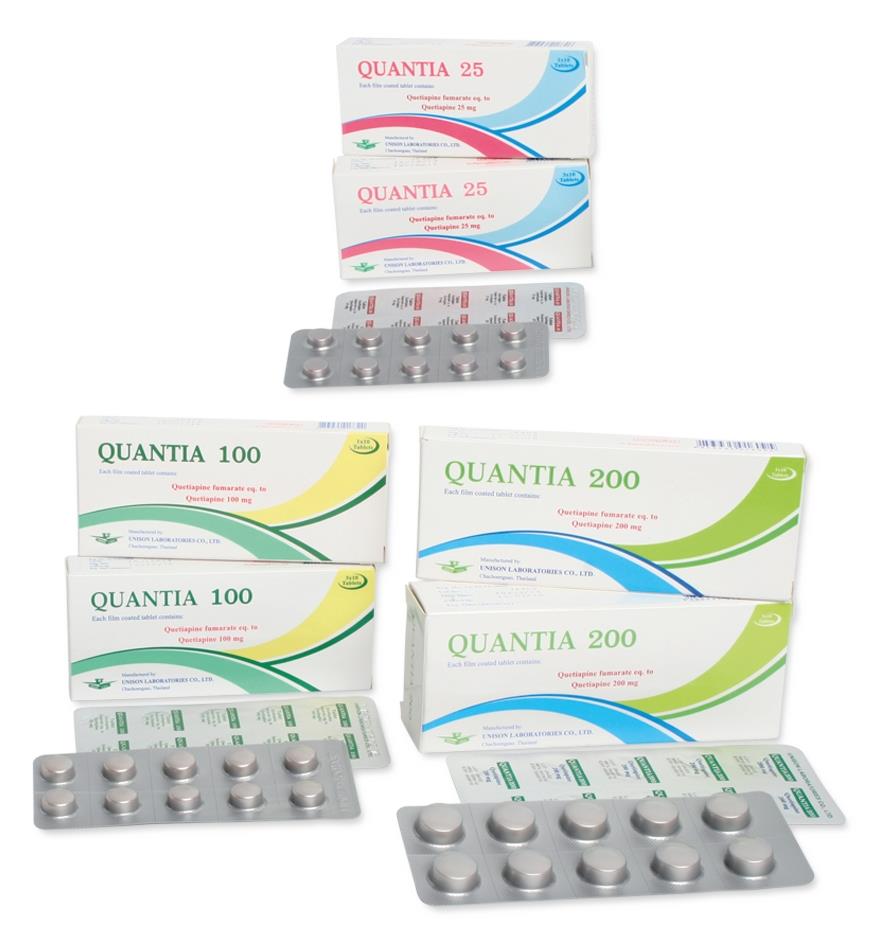 Concise Prescribing Info Full Prescribing Info Contents Action Indications/Uses Dosage/Direction for Use Overdosage Contraindications Warnings Special Precautions Use In Pregnancy & Lactation Side Effects Drug Interactions Storage MIMS Class ATC Classification Thai FDA Category Presentation/Packing
The information highlighted (if any) are the most recent updates for this brand.
Full Prescribing Info
Contraindications
Except under special circumstances, this medication should not be used when the following medical problem exists: Hypersensitivity to Quetiapine.
Risk-benefit should be considered when the following medical problems exist: Alzheimer's dementia (dysphagia associated with use of antipsychotic medications may increase risk of aspiration pneumonia) (possible increased risk of seizures because of lowered seizure threshold with Alzheimer's dementia.
Breast cancer, or history of (although elevated prolactin concentrations have not been demonstrated in clinical trials of Quetiapine, elevations have occurred with use of other antipsychotic medications and in animal studies of Quetiapine; studies have found approximately one third of human breast cancers to be prolactin-dependent in vitro);
Cardiovascular disease including: Conduction abnormalities or heart failure or myocardial infarction or ischemia, or history, or;
Cerebrovascular disease or;
Conditions that would predispose to hypotension, including: Dehydration or hypovolemia (orthostatic hypotension may be exacerbate pre-existing cardiovascular or cerebrovascular conditions; if hypotension occurs during dosage titration, it is recommended that dosage be returned to the previous level) (dehydration may predispose patient to increased core body temperature, and antipsychotic medications may disrupt that body's ability to lower core body temperature, thus increasing the risk of heatstroke).
Drug abuse or dependence, history of (patients should be closely for signs of misuse or abuse of Quetiapine, as with any new CNS medication).
Hepatic function impairment or;
Renal function impairment, severe (high blood concentrations of Quetiapine may occur; dosage adjustments may be necessary, especially in the initial dosing period);
Hypothyroidism (decreases in total and free Thyroxine (T4) occured during clinical trials of Quetiapine);
Seizures and history of (seizures occurred rarely in premarketing studies of Quetiapine; it is recommended that Quetiapine be used with caution in patients with a history of seizures or a decreased seizure threshold)
(>>= major clinical significance)