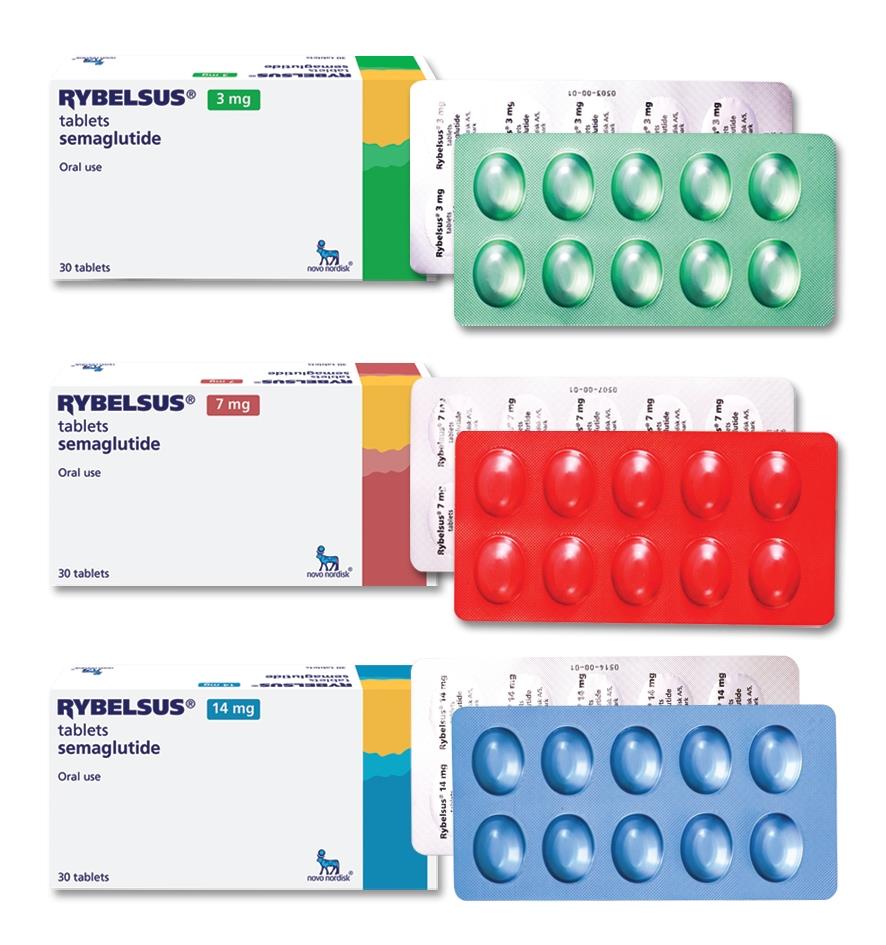 Concise Prescribing Info Full Prescribing Info Contents Description Action Indications/Uses Dosage/Direction for Use Overdosage Contraindications Warnings Special Precautions Use In Pregnancy & Lactation Adverse Reactions Drug Interactions Caution For Usage Storage MIMS Class ATC Classification Thai FDA Category Presentation/Packing
The information highlighted (if any) are the most recent updates for this brand.
Full Prescribing Info
Drug Interactions
Semaglutide delays gastric emptying which may influence the absorption of other oral medicinal products.
Effects of semaglutide on other medicinal products: Thyroxine: Total exposure (AUC) of thyroxine (adjusted for endogenous levels) was increased by 33% following administration of a single dose of levothyroxine. Maximum exposure (Cmax) was unchanged.
Monitoring of thyroid parameters should be considered when treating patients with semaglutide at the same time as levothyroxine.
Warfarin: Semaglutide did not change the AUC or Cmax of R- and S-warfarin following a single dose of warfarin, and the pharmacodynamic effects of warfarin as measured by the international normalised ratio (INR) were not affected in a clinically relevant manner. However, upon initiation of semaglutide treatment in patients on warfarin or other coumarin derivatives, frequent monitoring of INR is recommended.
Rosuvastatin: AUC of rosuvastatin was increased by 41% [90% CI: 24; 60] when co-administered with semaglutide. Based on the wide therapeutic index of rosuvastatin the magnitude of changes in the exposure is not considered clinically relevant.
Digoxin, oral contraceptives, metformin, furosemide: No clinically relevant change in AUC or Cmax of digoxin, oral contraceptives (containing ethinylestradiol and levonorgestrel), metformin or furosemide was observed when concurrently administered with semaglutide.
Interactions with medicinal products with very low bioavailability (F: 1%) have not been evaluated.
Effects of other medicinal products on semaglutide: Omeprazole: No clinically relevant change in AUC or Cmax of semaglutide was observed when taken with omeprazole.
In a trial investigating the pharmacokinetics of semaglutide co-administered with five other tablets, the AUC of semaglutide decreased by 34% and Cmax by 32%. This suggests that the presence of multiple tablets in the stomach influences the absorption of semaglutide if co-administered at the same time. After administering semaglutide, the patients should wait 30 minutes before taking other oral medicinal products (see Dosage & Administration).