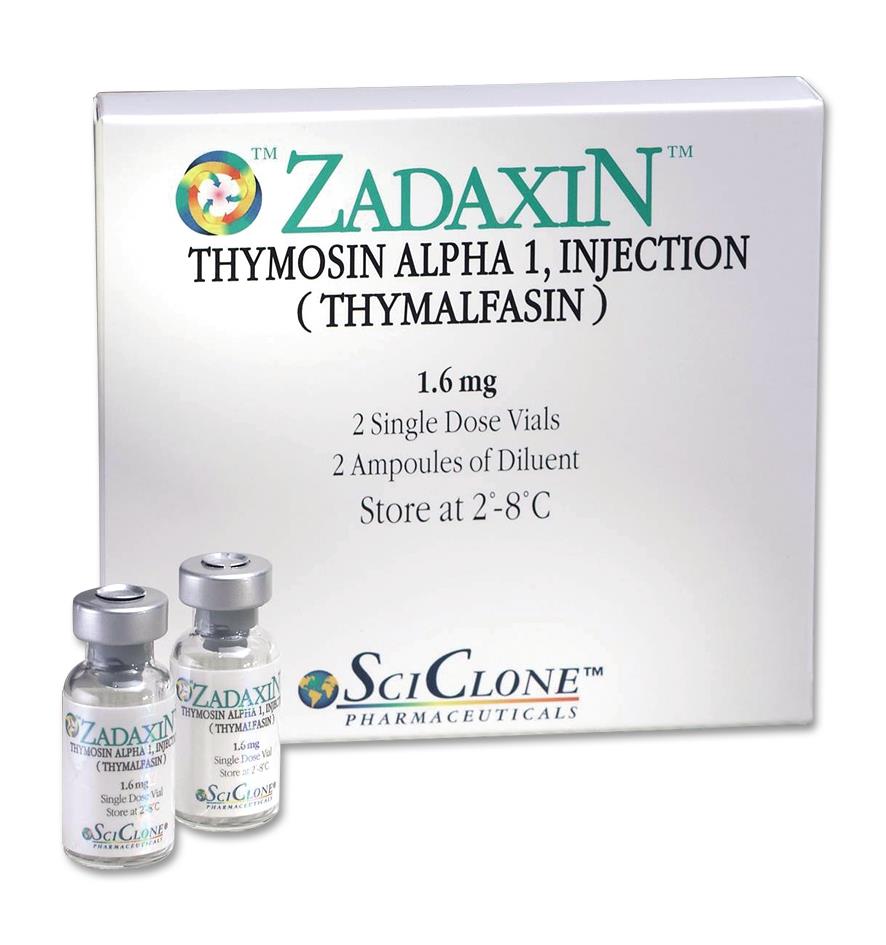 Concise Prescribing Info Full Prescribing Info Contents Description Action Indications/Uses Dosage/Direction for Use Overdosage Contraindications Special Precautions Use In Pregnancy & Lactation Adverse Reactions Drug Interactions Storage MIMS Class ATC Classification Thai FDA Category Presentation/Packing
Full Prescribing Info
Special Precautions
Information for Patients: Patients receiving Zadaxin treatment should be directed in its appropriate use and informed of the benefits and risks associated with treatment. If home use is prescribed, a puncture-resistant container for the disposal of used syringes and needles should be supplied to the patient. Patients should be thoroughly instructed in the importance of proper disposal and cautioned against any reuse of syringes or needles.
Laboratory Tests: Liver function tests, including serum ALT, albumin and bilirubin, should be evaluated periodically during treatment. HBeAg (hepatitis B envelope antigen), HBsAg, HBV DNA and ALT should be evaluated at the end of treatment, as well as 2, 4 and 6 months after treatment, since patients may become virologic responders during the 6 months following treatment.
Carcinogenicity, Mutagenicity & Impairment of Fertility: Long-term studies with Zadaxin have not been done to determine carcinogenicity. Mutagenicity studies with Zadaxin showed no adverse findings.
Use in Pregnancy: Pregnancy Category C: Animal reproduction studies have shown no differences in fetal abnormalities in control animals and animals given Zadaxin. It is not known whether Zadaxin can cause fetal harm when administered to a pregnant woman or can affect reproduction capacity. Zadaxin should be given to a pregnant woman only if clearly needed.
Use in Lactation: It is not known whether Zadaxin is excreted in human milk. Because many drugs are excreted in human milk, caution should be exercised when Zadaxin is administered to a nursing woman.
Use in Children: Safety and effectiveness have not been established in patients <18 years.